On the seventh day...

"Heavens to Murgatroyd!", and where does the time go? Down the rabbit hole methinks. Now, if only we can reverse the process. 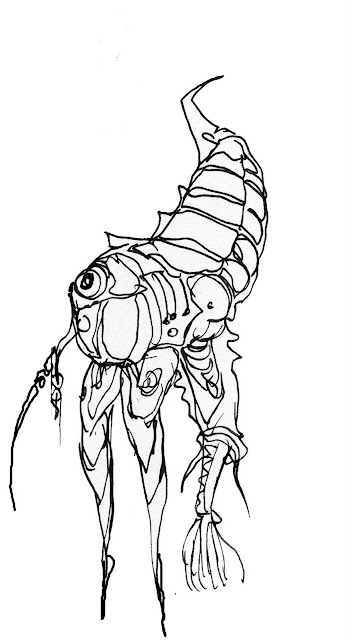 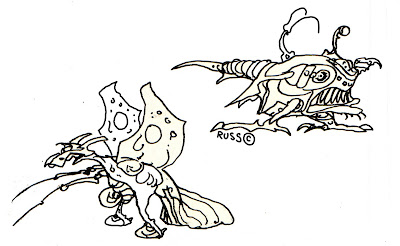 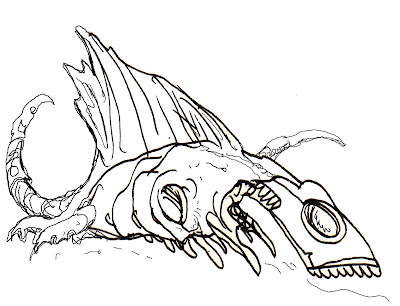 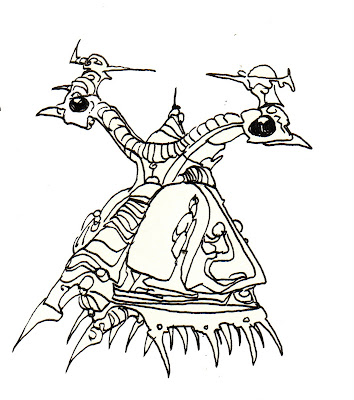 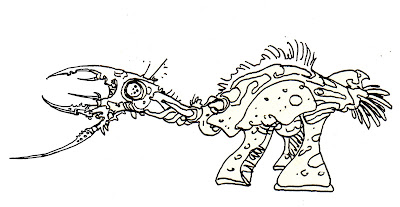 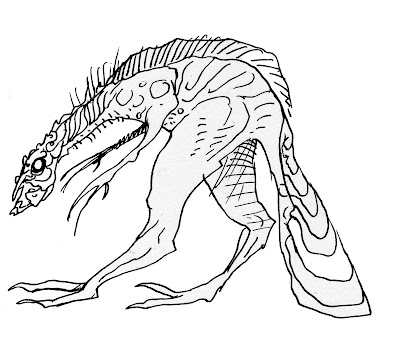 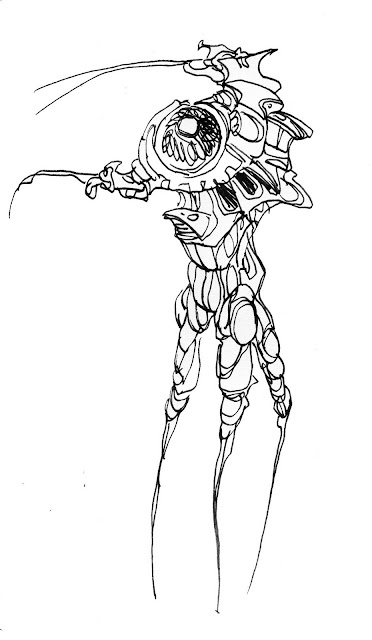 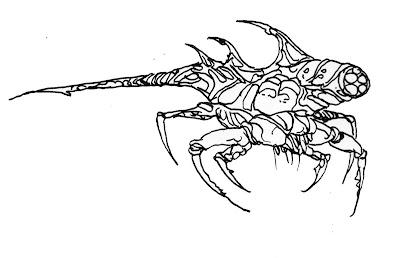 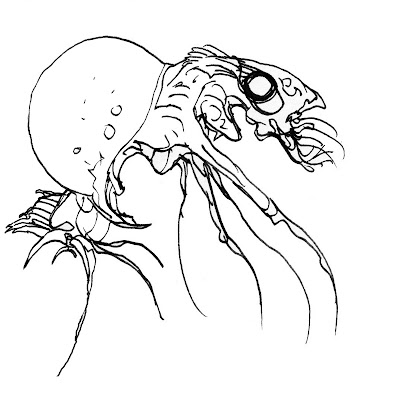 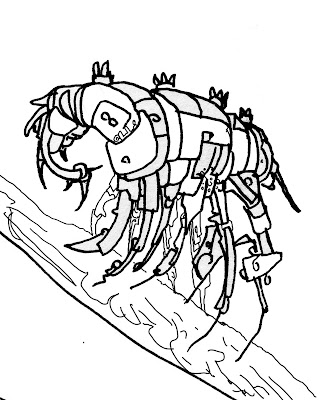 Now these are just a selection, but they should give you an idea of what could be seen 'scurrying around the jungles of the Abraxas MMO...'


Now bits of news, I'll try and make links to each for those interested who want to follow up.


End of the month I will be in Mons, Belgium to be an invited guest at the "Trolls & Legends" Festival of Fantasy , where I will be showing a few bits of original art.
http://www.trolls-et-legendes.be/2011/expositions.htm

So if anyone would like to say hi, please do so. Not sure yet what I'm involved in but will be at the 'Le Grimoire' table when I can. Have been completing work for Le Grimoire's latest book [see last post for more details] "Loup Solitaire - LE LIVRE D'AVENTURE" due out in May.

Also coming out soon is the "LotFP Weird Fantasy Role-Playing Grindhouse Edition", which has gone to the printer, in which I have contributed four of my pictures, below is one example. 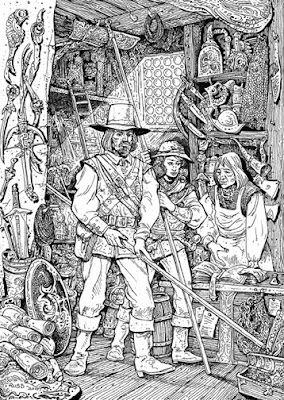 This was also raised by http://mikemonaco.wordpress.com where he says, under a heading of - Russ effing Nicholson, ' So I mentioned a while back that my idea for an illustration for the LotFP:WFRPG was selected to be used, and I was stoked about the prospect of a free boxed set.  Now I’m even more stoked because I found out that the artist who did the illustration was Russ Nicholson!  I first saw his work in the Fiend Folio.  Since then I’ve come to appreciate his work even more, although I always loved the FF illustrations.
Mr. Nicholson now has a blog so you can see some of his stuff there.  I can’t wait to see what did with my suggestion.  I’m honored that idea was picked at all, and even more honored that someone as talented as Russ Nicholson created an illustration based on it.  One more thing to look forward to in the “Grindhouse edition” of the game.'

Praise indeed, and as I posted on his blog, I hope he likes what I did, but you'll have to wait a bit to see it.

More Robots and a little promotion.

Something I never get to do much is Science Fiction, so when Dave [Morris] gave me the 'Heart of Ice' book I reveled in it so to speak. Last time I posted pictures of some of the roughs I drew to establish character ...for example the Robot, Gilgamesh.This time see the final picture used and another scene from the book, The Lost City. 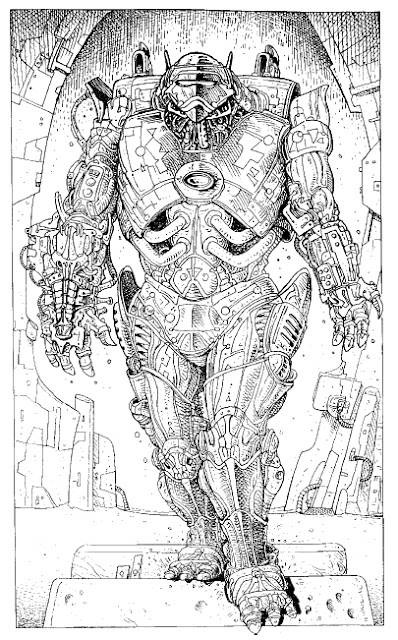 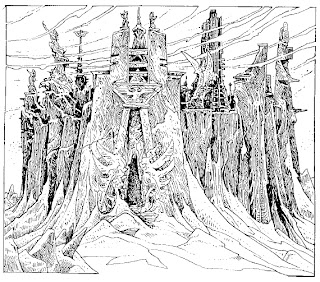 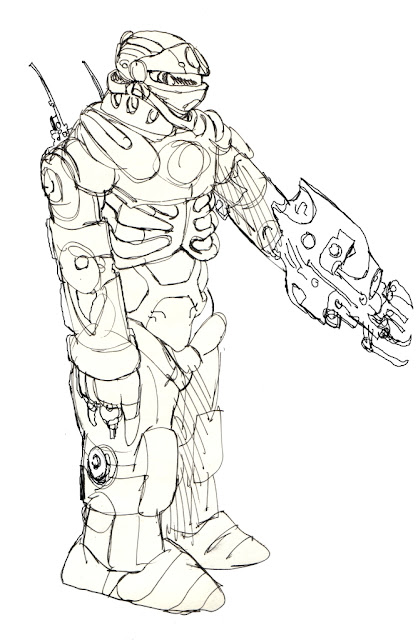 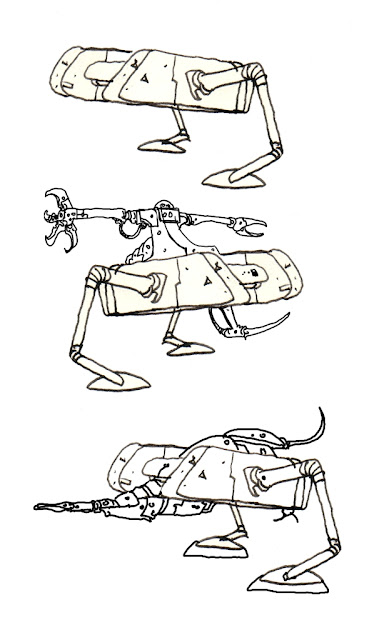 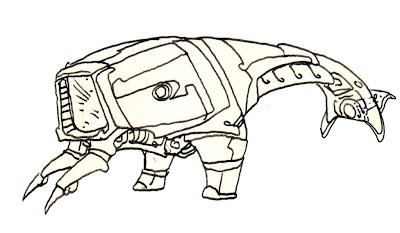 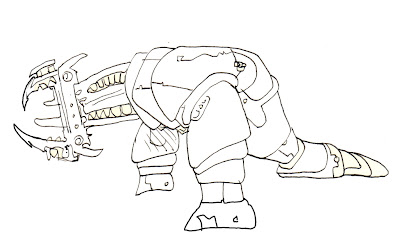 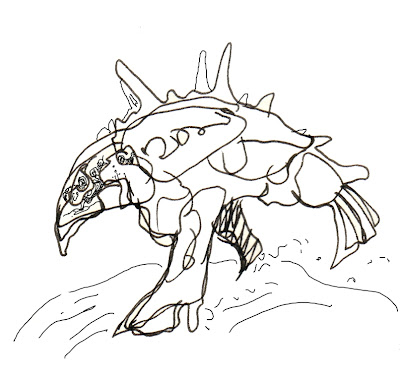 All drawn a very long time ago, and only seeing the light of day now.
Now a little bit of promotion of a new title coming out in France soon, why my promotion, well it does contain a few of my illustrations and I like the 'promoter' [grin]. It is called "Loup Solitaire - Livre d'Aventure" and relates to the world of LONE WOLF [Joe Dever's magnum opus].
The preorder price is 25 euros only (instead of 34 euros in the shops when it will be published) and shipping costs are totally FREE for European countries until 31th March !
As these are usually heavy books that's a good price I think.
Name of the book : "Loup Solitaire - LE LIVRE D'AVENTURE"
Available : May 2011
Number of pages : 208.
ISBN : 9782917730041
Final price : 34 euros
Language : French
Size : large book
I can add here that the Le Grimoire publishing standards are very high and they print their titles on good quality stock.
To preorder we accept Paypal, Blue Card or check (from any French bank) also, fans must take a look at the dedicated & official website home page : http://www.loup-solitaire.fr
FACEBOOK
Le Grimoire is on Facebook too :
https://www.facebook.com/group.php?gid=96520627194
I hope some of you will take a look, though it helps to be able to read French [grin], but then, I cant even speak it let alone read it [sad Russ], but I do like the pictures [grin].
Now a couple of coloured pieces of my work [not coloured by me but nice work] and the Sleeping Goblin has been  the subject of a new private commission which I hope to publish soon. As the work I've been doing [am doing really] for a British Film. Actually if i can get permission maybe even sooner. 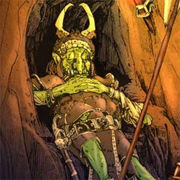 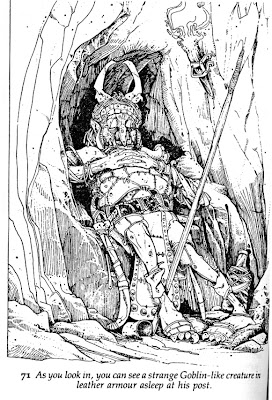 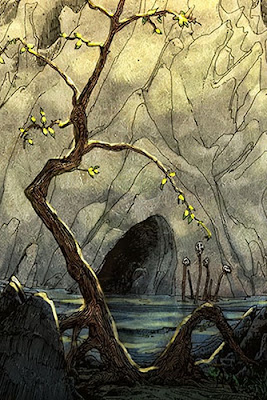 Oh and finally a 'curiosity', this last Picture, is my work, and was uncredited as such on Coopdevils excellent blog  [http://fightingfantasist.blogspot.com] That's not a complaint, by the way [grin] and I was wondering if anyone could remind me as to when and why I did it? 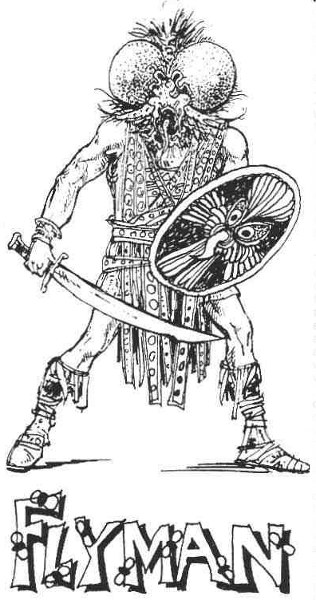 Take care till next.
PS: Welcome James, you just became a 'follower' just as I was about to post, I do hope you find stuff to like [as I do all those who privilege me with your interest in this blog ... many, many, thanks!]
Posted by Russ Nicholson at Monday, March 07, 2011 9 comments: