Simply ...The map of Dwarf-land

I've mentioned this project before, and have now completed the second largest map I've ever undertaken.
the map of Dwarf-Land, for Scott Driver [see link to his own blog below]. Scott gave me an excellent template to work from and allowed me the opportunity to add little bits, which wouldn't detract from his own creation, and allowed me to also add some creatures of my own to wander his vision as I saw fit. So, it was a lot of fun and although a long job [there were sixteen original panels, which then had to be scanned and 'stitched' together on the computer before completion, and this included a few minor but, I thought pertinent changes]. As I mentioned, it was a fun job, and a pleasure to work on. 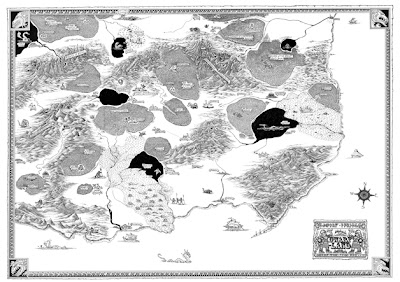 See more details about the map on Scott's 'hugeruinedpile' blog.

This is a 'short' post but thought I'd add another piece for Goodman Games and his 'Dungeon Crawl Classics'. 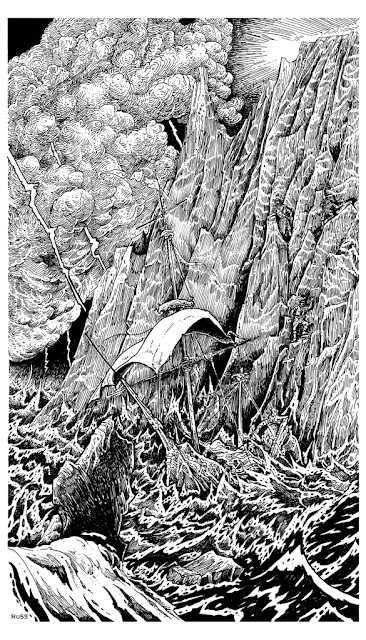 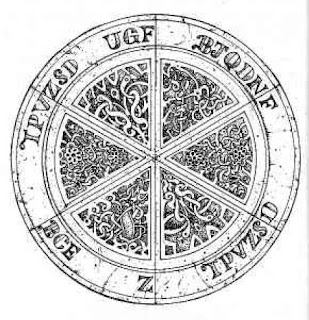 So not much to add, but there are a couple of things coming soon in the USA and I'll update to my blog when I can.

Well the day has come and gone, and as Tennessee Ernie Ford used to sing, when I was but a lad, ''another day older and deeper in debt!''. But before any alarms go off, not to worry I'm fine, the bank manager is not after me and we will tick along for a few more years yet. 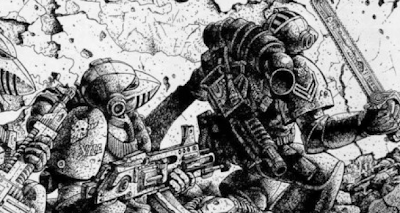 I had intended this to be a 'throwback' post to work of yore, but sadly, have not had the time, or the weather for that matter [they need to be photographed outside], to do the deed. But there is good news as since mentioning the idea I've found some old work [in a good fanzine] that I should be able to scan and intend to post later. Although I wish I could find the original work [drowned in the 'flood' that was I suspect... [when part of my back roof was damaged in a storm years ago and a lot of my stuff was ruined]. But then again .... you never know... for with the chaos that is my house (lol) so it might yet turn up.


So what to do.... simple some more new stuff including some map work. So off we go.

These first [below] were done for Dungeon World and do check out their different sites [although their is a 'link' neither are directly connected I believe] in France and the US for more details. 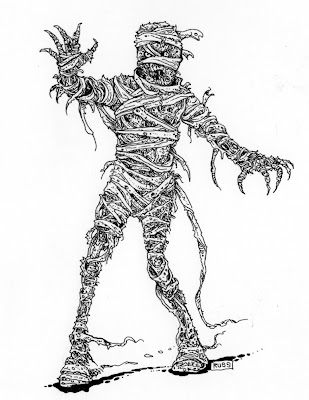 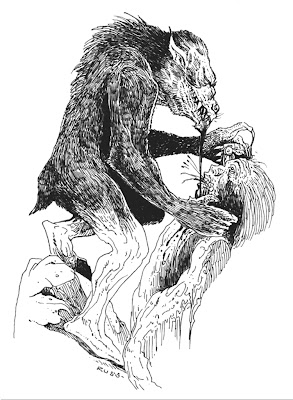 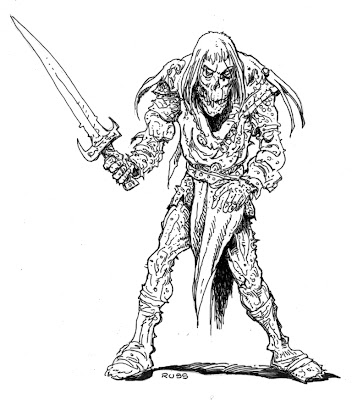 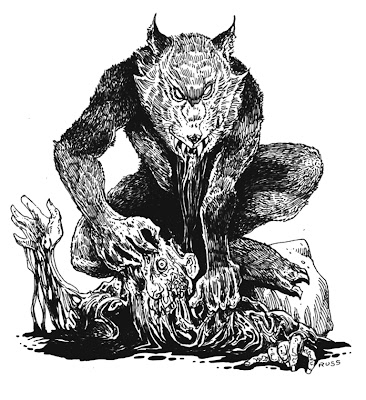 These next were  the start of an idea I had for 're-working' some pieces from the British Fiend Folio .... they would then appear for sale in the Le Grimoire shop .... it's still under construction as they laughingly say ..... 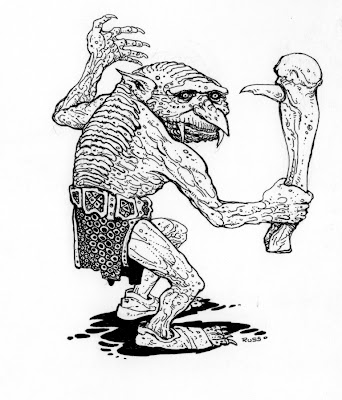 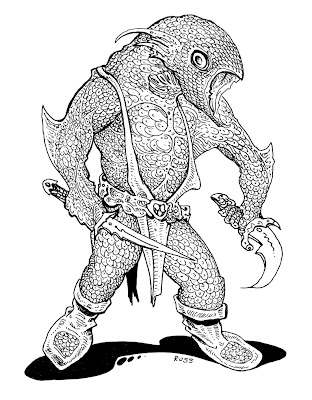 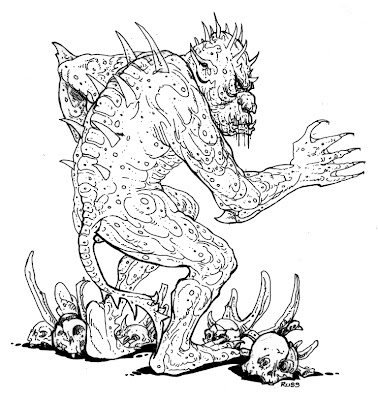 This last is not from the Folio but will appear on the Le Grimoire site like these maps ... note the clever link [No? Oh well, please yourself].http://www.legrimoire.net/ 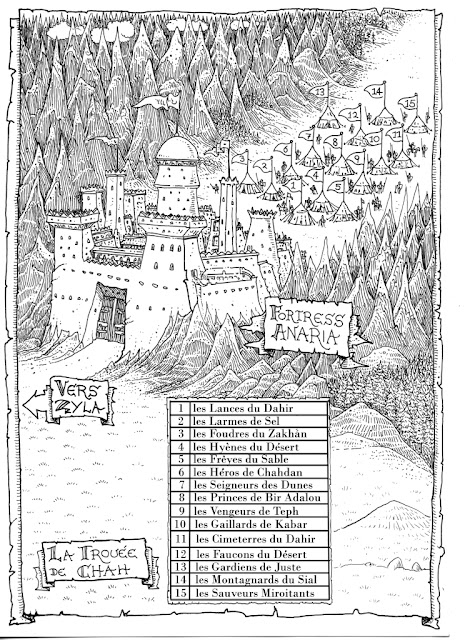 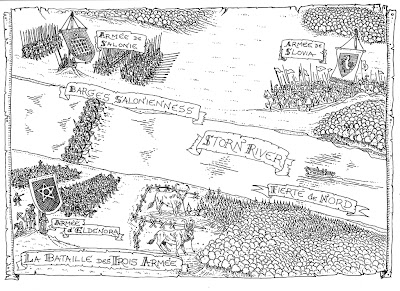 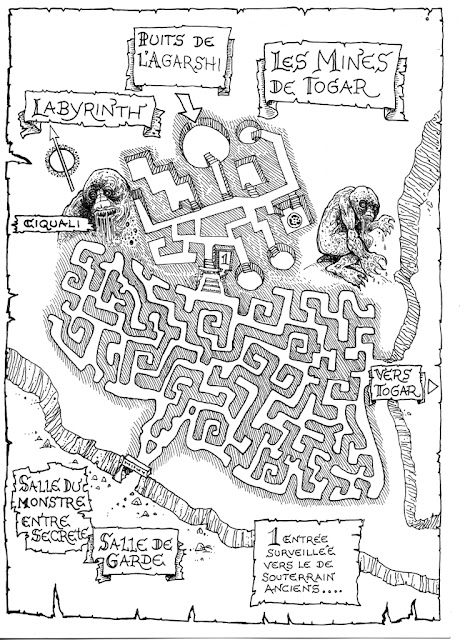 All these feature as part of a new Lone Wolf feature do check out the Le Grimoire site for more details.     http://www.legrimoire.net/

Now, 'talking' of Maps, I have mentioned elsewhere in facebook etc. that I've been working on a grand map for a special client, it is not finished as it all has to be scanned and joined together [it's very big],  but I can show one panel to whet peoples appetites .....for when he does the grand unveiling. 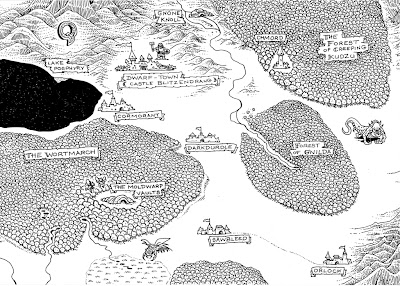 So there you have it for a little while .... till the next time, do be careful out there.
Posted by Russ Nicholson at Wednesday, July 11, 2012 4 comments: