June ... and the little birdies are a tweeting in the evening air

Right, this is an other of these mixed posts. With some old stuff from the early 70's and a couple of more recent bits.

So let's start with some more old covers; which link to the April post, most were done in brush but at least one, the last of the four [here], with added pen line. 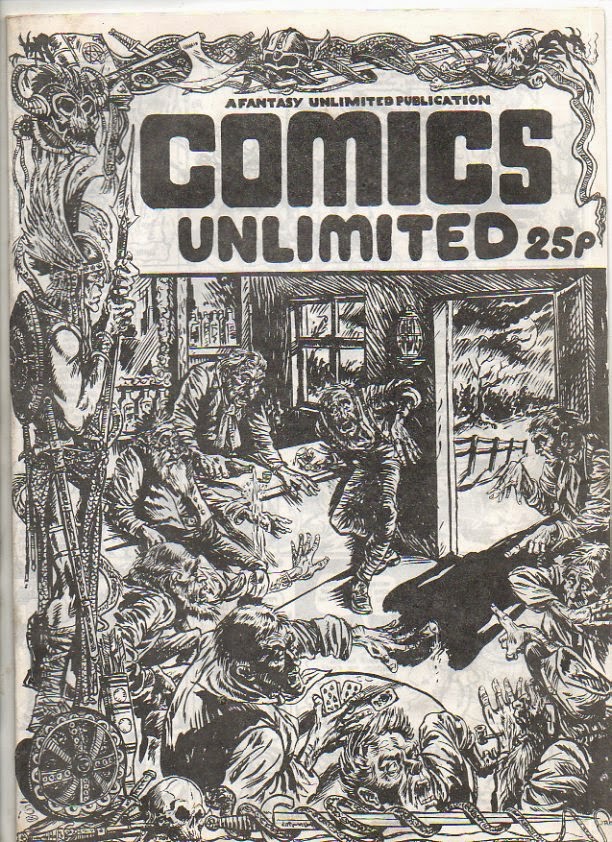 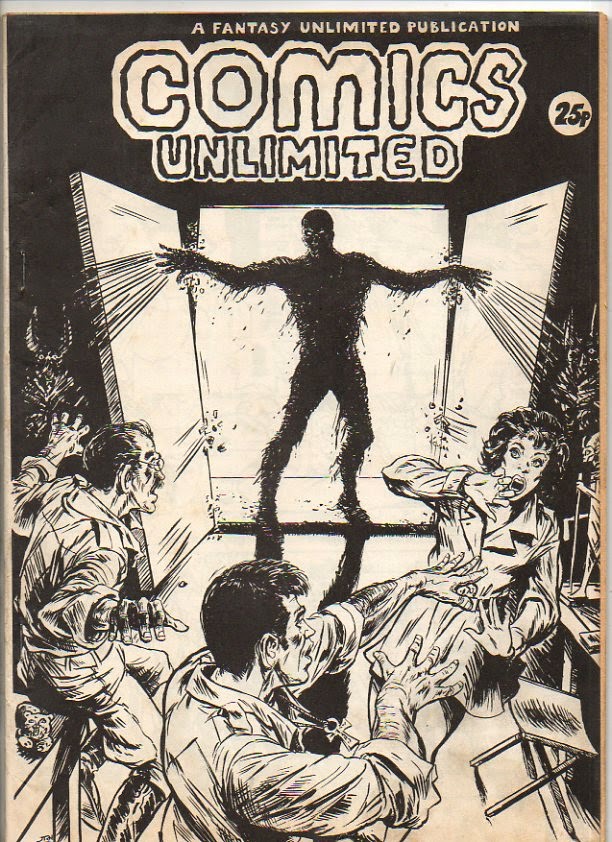 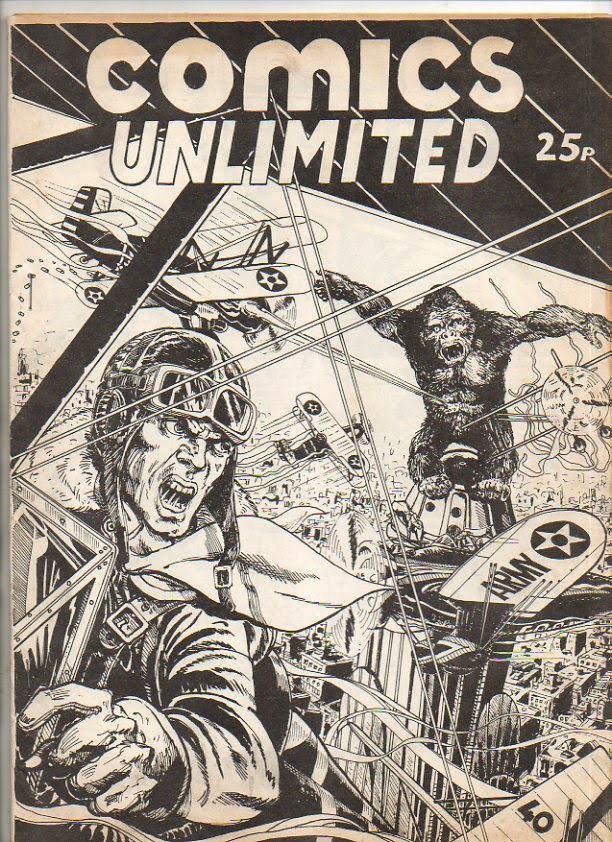 No idea what happened to the original art but I recently found my original copies of the magazine.

Another from around that period was done for a smaller format magazine. I think this has appeared before in my blog, but have added it here as another part of it's ''history'' relates to figures and characters I was designing for a proposed strip for White Dwarf Magazine. They'd asked me to come up with an idea and make a submission, which I did. The reply ran to a variation on 'Thanks, but no thanks'. But I felt some of the characters I was planning to use in the strip needed airing somewhere. OR... as they say, waste not... 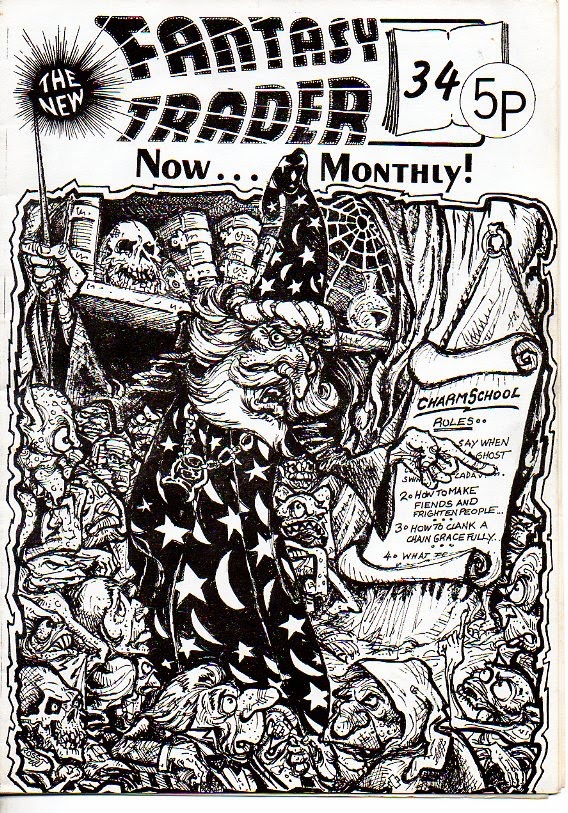 These last pictures, were produced for a German Magazine, which liked my work and contacted me to send some fillers and here, for this issue, illustrate a story by Van Vogt. The magazine was called 2001 [1978] and I've reproduced the cover below.. Sadly, after a couple of other small German jobs, I heard no more from that quarter. What was fun was they wanted SF work not Fantasy which was refreshing.
I don't have the originals these were scanned from the magazine, which I found I still have. 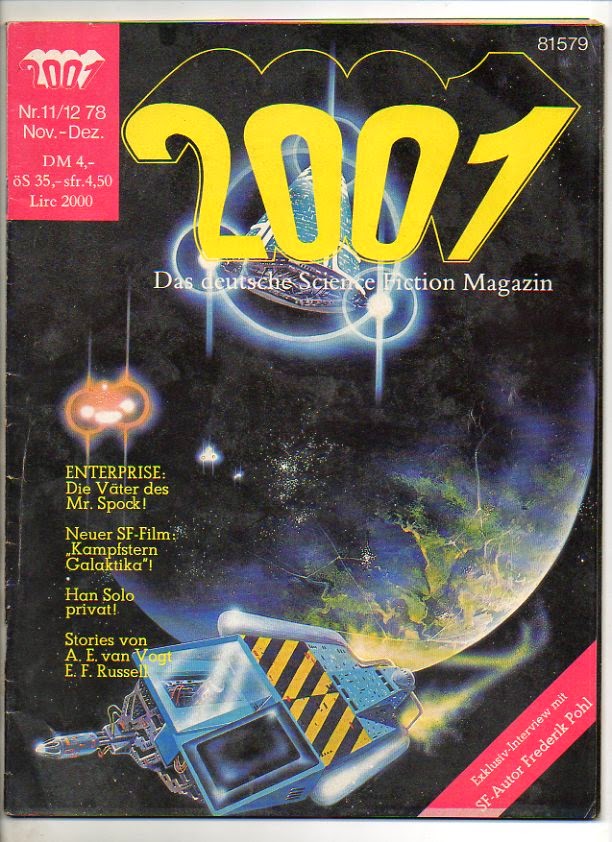 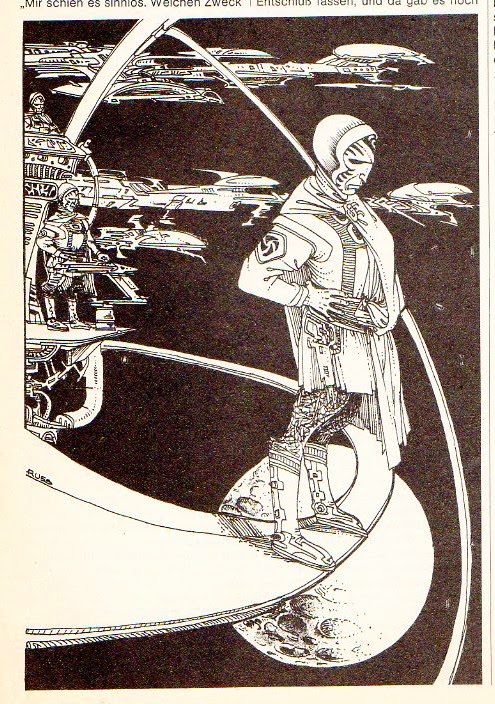 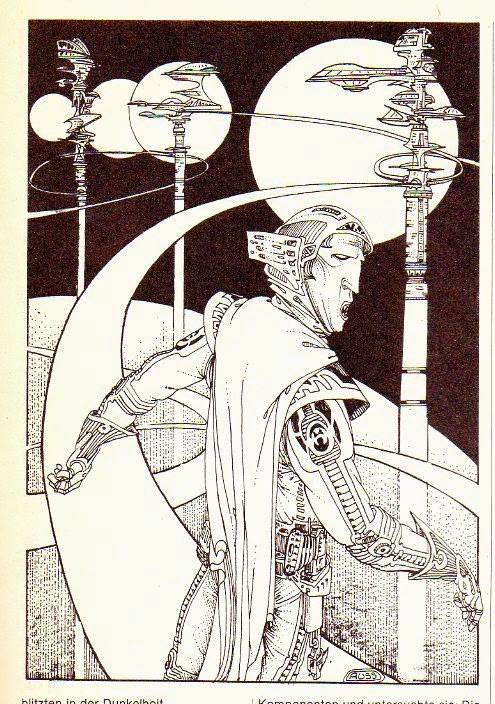 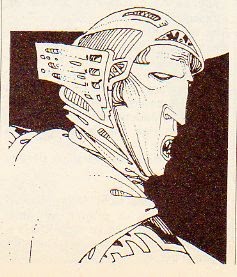 This next is a variation on a comic fanzine cover I did around that same period. First the cover... and then the variation 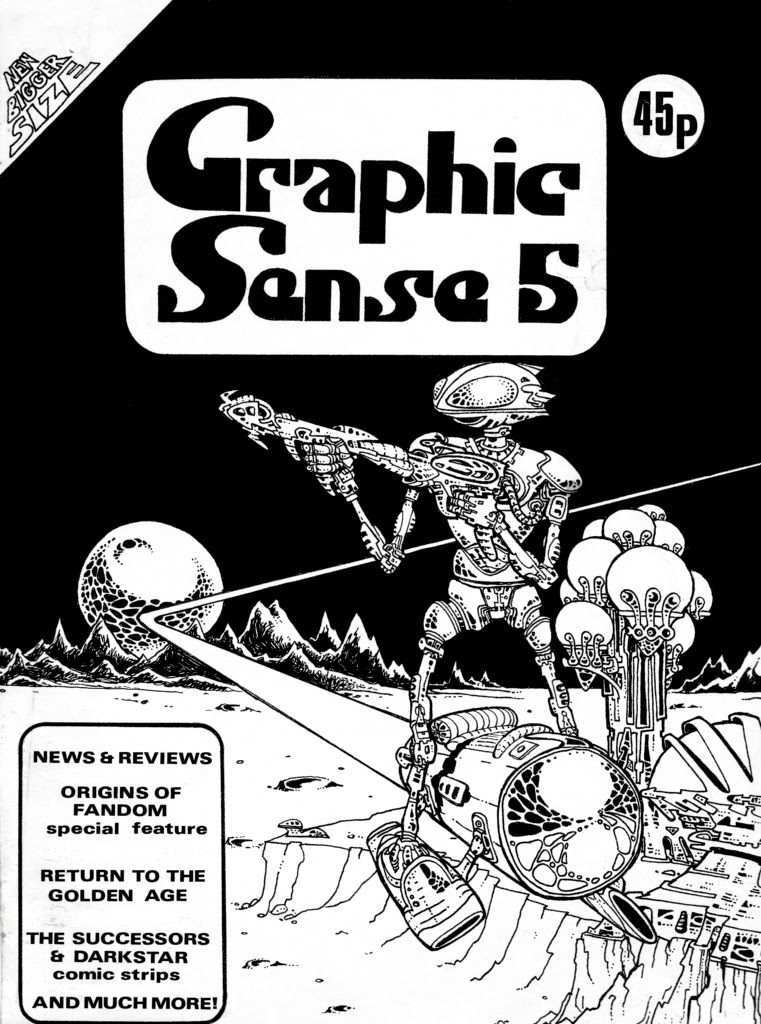 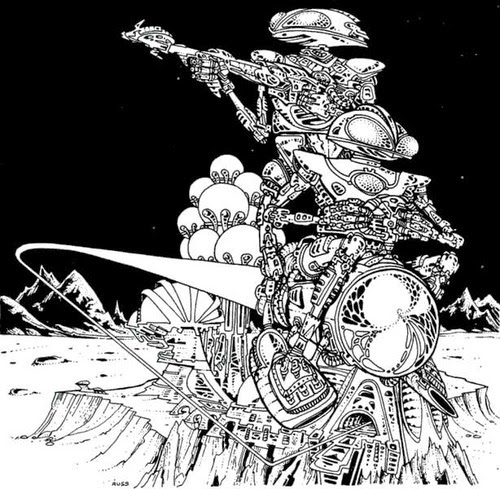 I cannot remember which came first... 'the chicken or the egg'; I suspect the later, but the robot design itself dates even earlier from work produced in the very early 70's.

Now, as promised, a couple of new pieces. Occasionally [actually rarely ..laugh] I have, as mentioned, been commissioned for reworkings of older work such as 'The Warlock' or 'Balthus Dire' for example but occasionally I'm asked to recreate an original piece 'full size' such happened to recreate a picture of Chadda from Shadowmaster, by Steve Jackson, in the Fighting Fantasy related series. First the original used in the book ... this copy found on the internet.

Next the 'newer' version, and newer is right as although this mimics the original it is not a slavish copy. 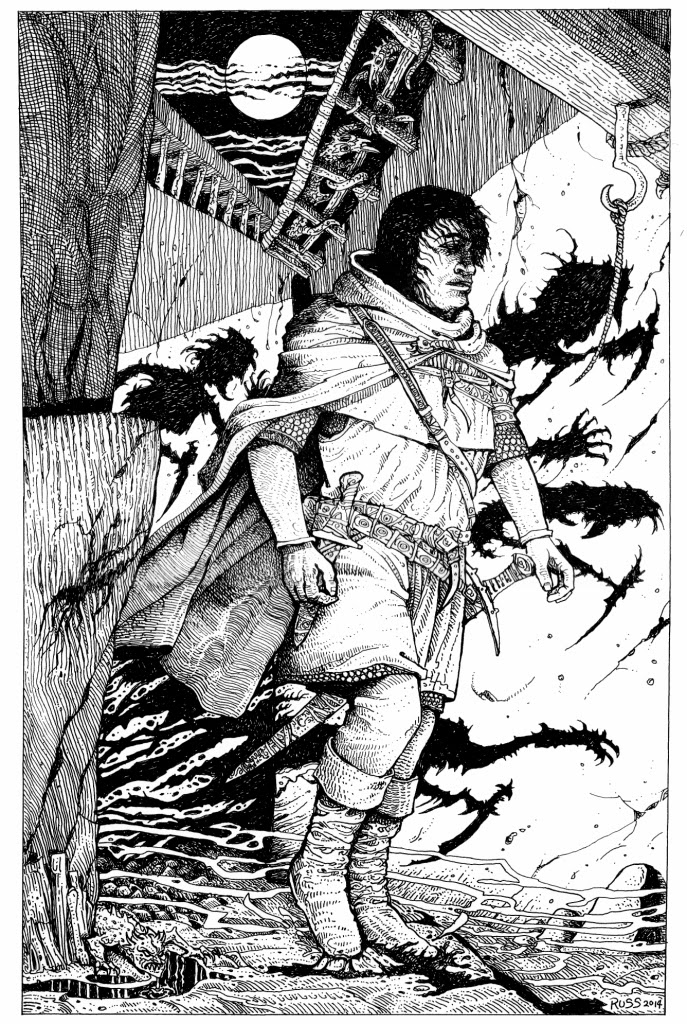 Last, a couple of small colour studies produced for the Dungeonworld game, similar to those done before [see earlier posts]. 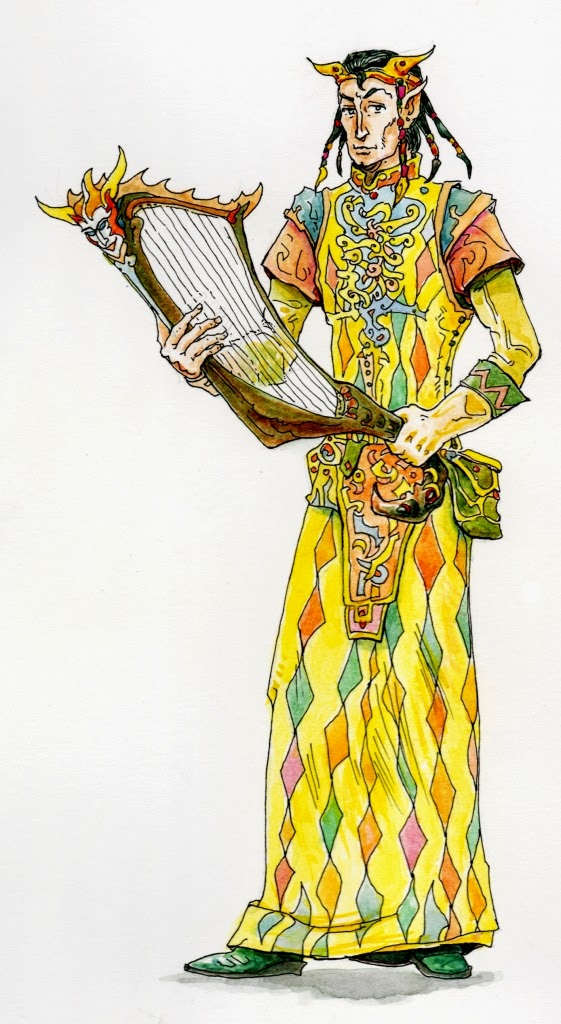 That's it for now ... next some Games Workshop related bits I think.
Posted by Russ Nicholson at Tuesday, June 10, 2014 3 comments: