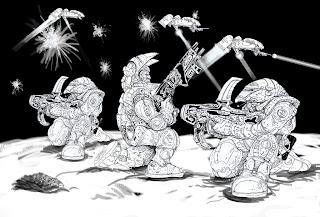 Flu is a blank, blank, blankety blank, and a residual chest infection even worse ... it has slowed me to a near stop, and though I feel better now it wont pass. Go to the doctor you say? Ah, there's the rub .... at present, for reasons I'll not discuss, I cannot. So November came, and is about to pass, and I have failed to keep up with some tasks as promised. That's not to say I've forgotten, far from it, rather I don't want to commit to certain tasks which will take a week or so without having given [I'd hope] my best. Or, at least, my best at the time of starting and delivering, that is something I'm happy to put my name to.

Anyway, enough of that. My intention was to make this post my 'Space Time' post, but I haven't finished the last piece, which was to do with Space Marines, but the month ends and I realise I want to post at least once before this month passes. So a couple of pieces are variations of the same picture .... but its my post. So there! He He.

So here goes .. some may recognise a few Space Spurgers, old spacecraft, etc. 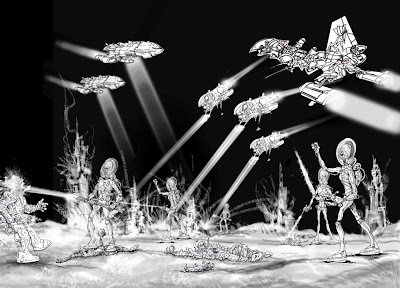 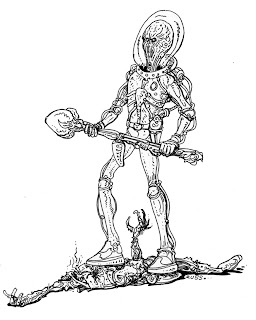 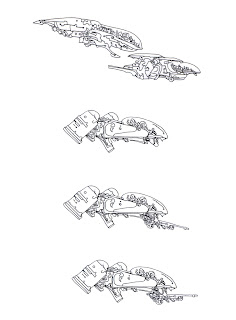 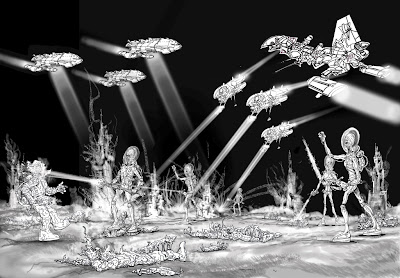 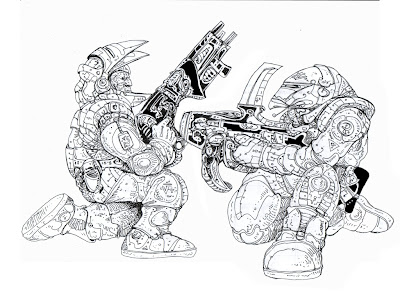 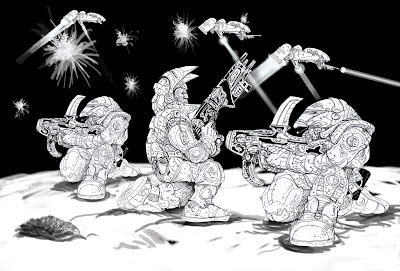 To conclude ..for as I mentioned the last two pics I intended remain unfulfilled. A piece I've done as a cover for a very nice client and follower of this blog and who has kindly allowed me to post before publication. But just to clarify ... the copyright is mine and hers.
Kyrinn S. Eis of URUTSK: World of Mystery RPG wanted to state the following ....
This is the image I had promised myself would grace the Urutsk Referee's Manual years before, and when I read that Russ Nicholson was available to produce it, knew that it was a great subject for an artist who had inspired me so much during my earliest years of gaming.  I am thrilled by the piece and look forward to the day the Referee's Manual becomes a reality.
http://thegrandtapestry.blogspot.com/2011/12/dont-tell-us-what-you-are-going-to-do.html

The image is not the final draft, but close enough to give all an idea, and I thank Kyrinn again for allowing its posting.