I recently did a small commission based on a Sorcerer and a Sorceress and coincidentally a piece for Blackgate, the online magazine, who have been running a series called ART EVOLUTION where RPG artists have been highlighted. Along with some background information and a critical overview of their oeuvre all have been asked to create their interpretation of a Sorceress [WIZARD] called LYSSA. It all started in 2010 and has continued this year, where my little efforts have been featured in the June 'issue'. I have to confess that even as I think it well written write-up by Scott Taylor, it frankly says such nice things about myself, and my work, that I have no hesitation in highlighting it here.

As I too was asked to create my version of LYSSA here it is.

As mentioned, I also completed two others. A male and  a female Sorcerer. 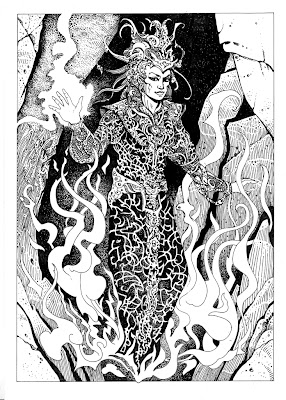 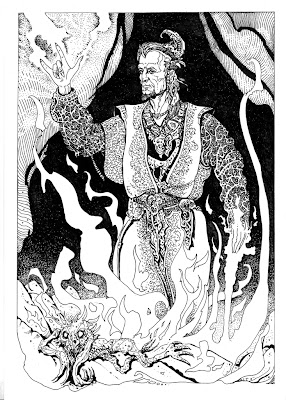 For Laminations of the Flame Princess I also did a Sorcerer [wizard]. Here we see him trying to use more mundane methods of finding power. 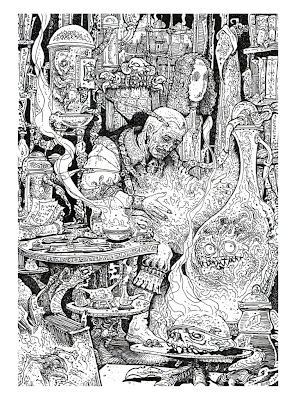 Now for a few Dwarfy bits. White Dwarf Magazine that is. I was asked to illustrate an adventure called 'Night of Blood' [imagine thunder peels and Hammer films screechy music]. I wasn't given a lot of space, except for the colour demon, and was in a phase of trying to experiment with picture 'telling' and where I was allowed [that is nobody said anything] to indulge in a sort of homage to Albrecht Durer, which, if you read the Blackgate piece, you'll know was [is] a favourite of mine, as is a lot of Renaissance art. Anyway from WDM 87 here are those pictures. 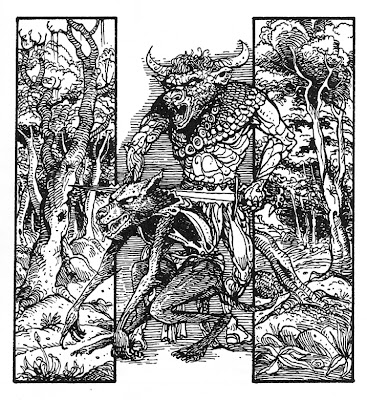 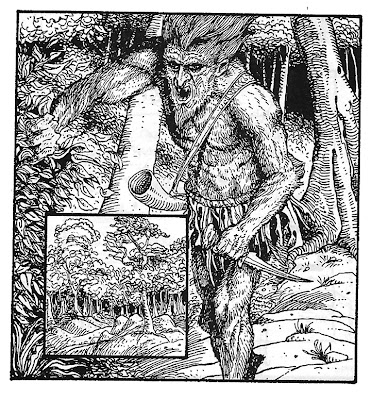 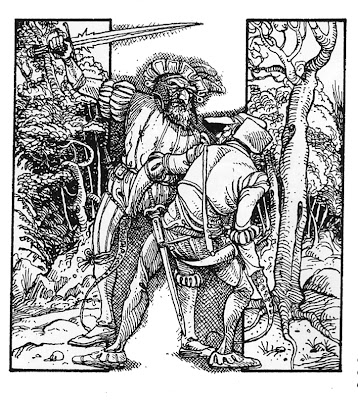 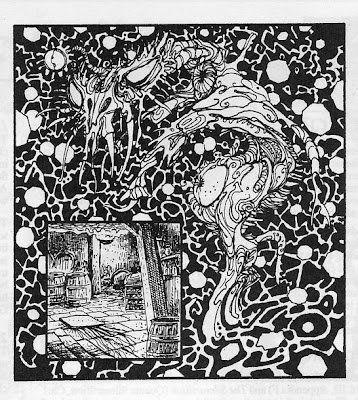 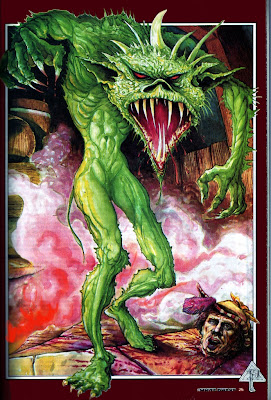 That's it for now ... and I haven't forgotten about Warhammer, just that I can only find one pic at the moment. But you never know.

Oh, age beckons; where's my depression when I need it?

Right have to admit it's been a busy time at the moment ...busy that is in other aspects of my life and not illustrative work related, though I have a couple of commissions to 'start'. Sometimes of course you get enthusiastic queries and then .... nothing. No explanation ...just nothing, but that's the way things are I suppose. Also,I owe to other who kindly got in touch...  replies to their emails, but haven't had the time [as yet to do them justice] ...So my apologies to them. I do try, or is that ..I am trying :).

OK. A few pics most old, some new, to see the month in. This work are all based on scans put on the web by others so apologies for quality.
This first is a real oldie ... and it was a little 'rushed' if I remember. 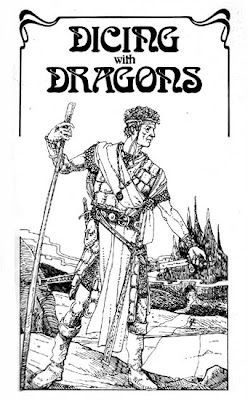 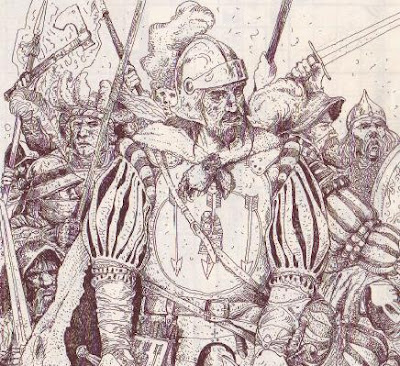 This next [above] is slightly similar to stuff I used to do for Warhammer. I've found an old White Dwarf magazine where another piece exists and [hopefully] will post next time. 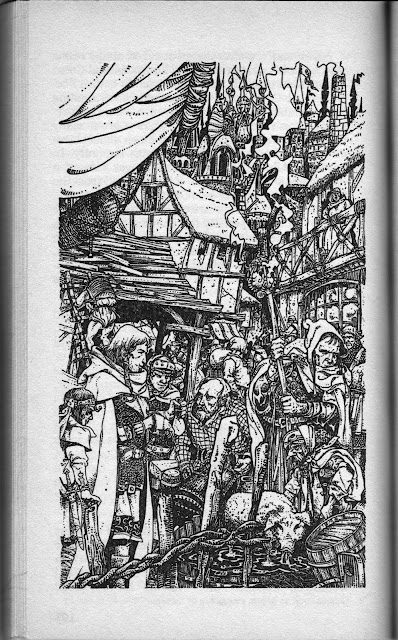 This was obviously scanned directly from its source book and I was asked recently to use it as a similar theme to a new illustration for the lastest work [coming] from Le Gimoire and their work on the Joe Dever's Lone Wolf Series [Loup Solitaire]. See link in earlier post if you  want more info. Or, if your French is 100% better than mine then visit their website where you will also find some lovely links to Gary Chalk's work.
http://www.legrimoire.net/lone-wolf-loup-solitaire-JDR.htm
Hopefully I'll be able to show the new piece in the not to distant future, but no promises, some work I've done in recent months has still not seen the light of day for lots of reasons.

The next post will also feature a Sorcerer and a Sorceress and as a poor link .. there was this.

The next is a Fiend Folio 'oldie'. 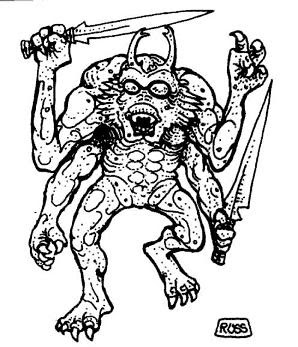 This next, links to 3 of the pictures posted a little while ago. Cannot find my scan .. but found this ... of my Dwarf. This last is an old favourite that has appeared in many guises over the decades [sigh]. 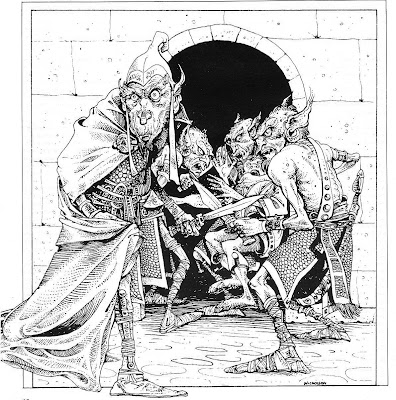