First of the year... with hopes it'll be a good one for all! 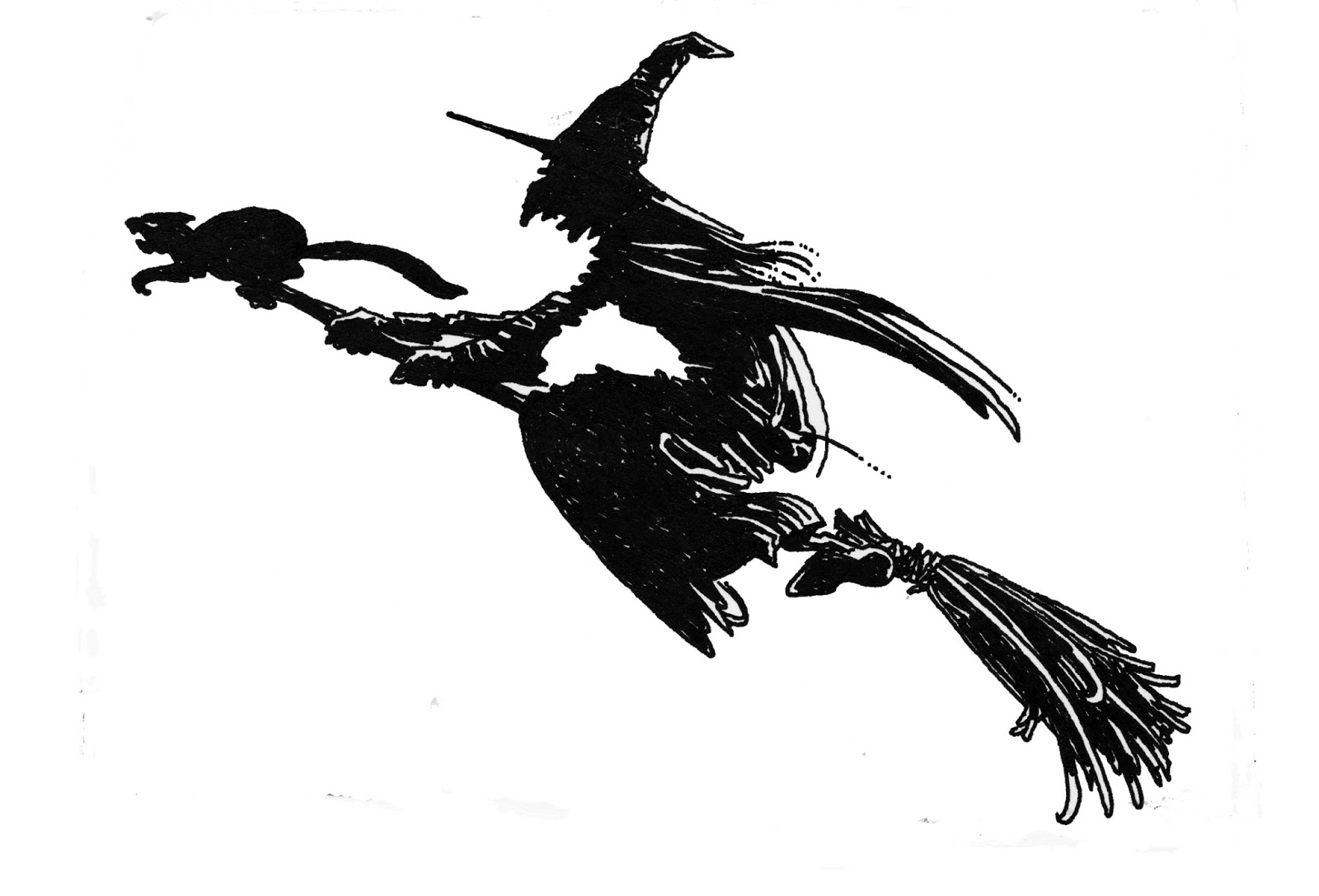 So, it's bloody cold outside and there's at least four inches of snow, the car is frozen and the kitchen is cold, ,but at least our one main fire works and I can survive a few minutes at the colder end of the room to bring you the first post of 2013.
[I'd actually typed 'cod' instead of 'cold' then remembered switching the light on helps, I will warm up eventually :)]

So what news, well I've now finished a few major jobs, including for the French production of Advanced Fighting Fantasy - Défis Fantastiques-Le Jeu de rôle which contains work from many artists including me [I'll post a 'new' picture to wet your appetite later]; for the music group Blackbird Raum [see cover and map last post] and the their record company - the Silver Sprocket Bicycle Club [for whom I'm working on a T-shirt design], and for Kobold Press, which is a bit hush hush at the moment.

But first a few oldies from a variety of sources. Work first published for the BFS Fanzine of old [mostly spots], Games Workshop and a couple of other places. 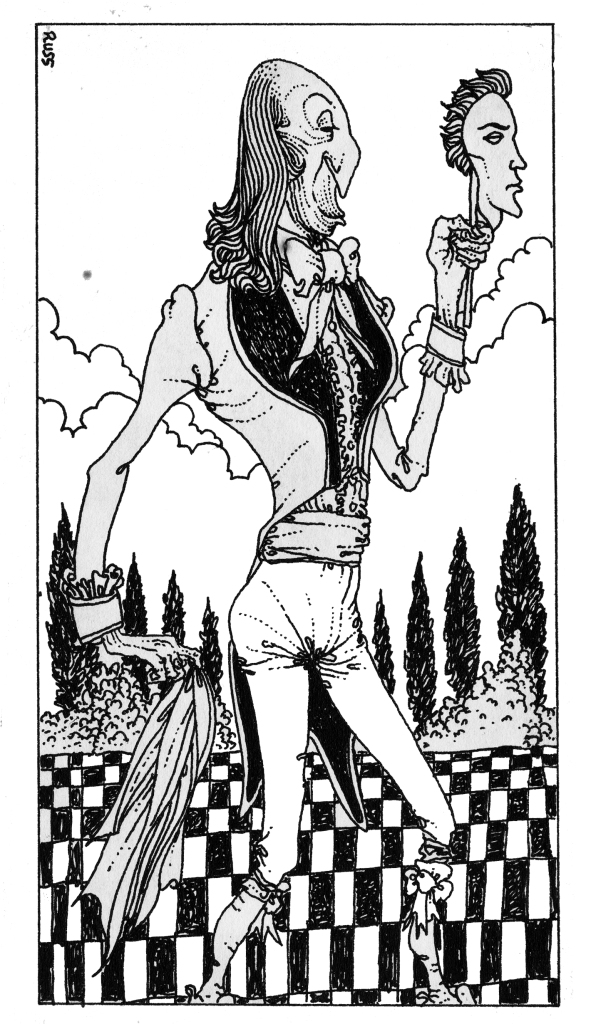 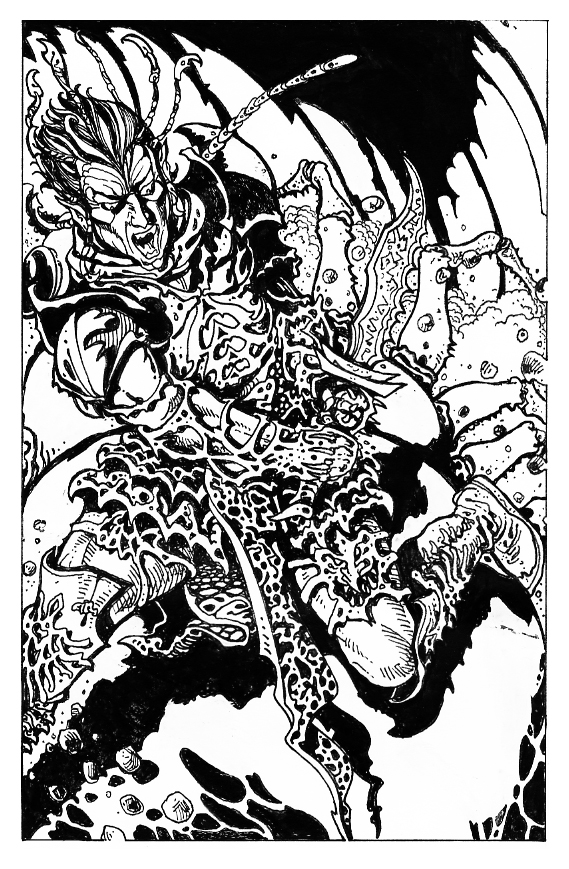 Here you can see an early piece of monster creating, where I was still experimenting with pen, and trying not to be 'pigeon holed' .... [laugh] As if! 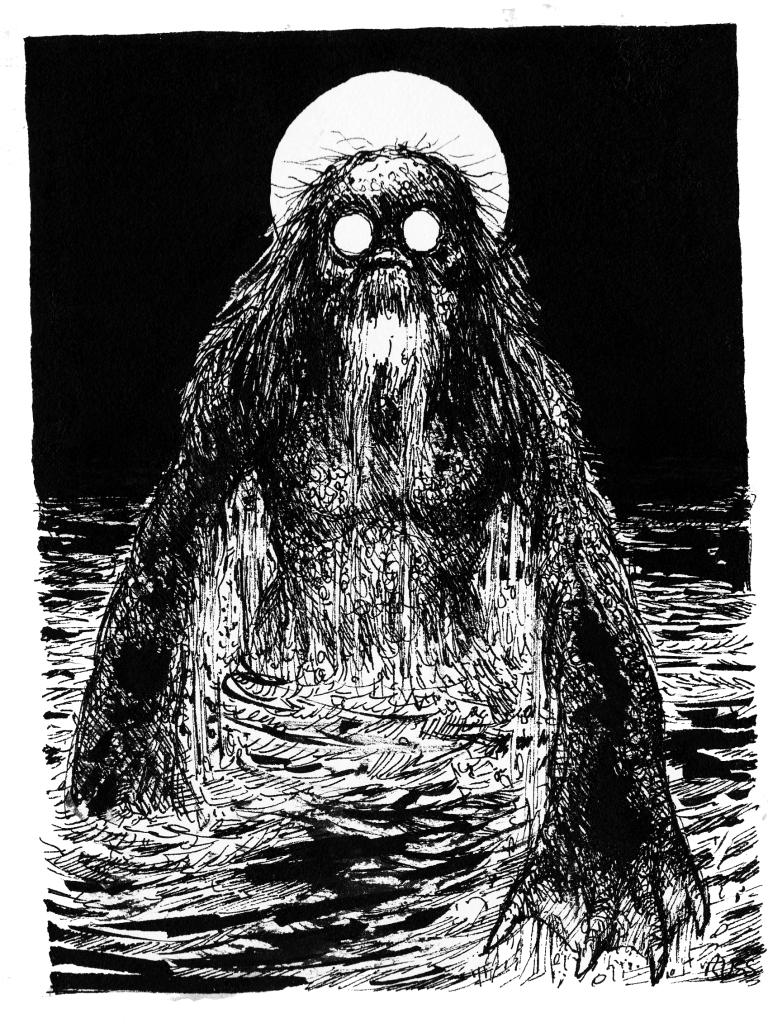 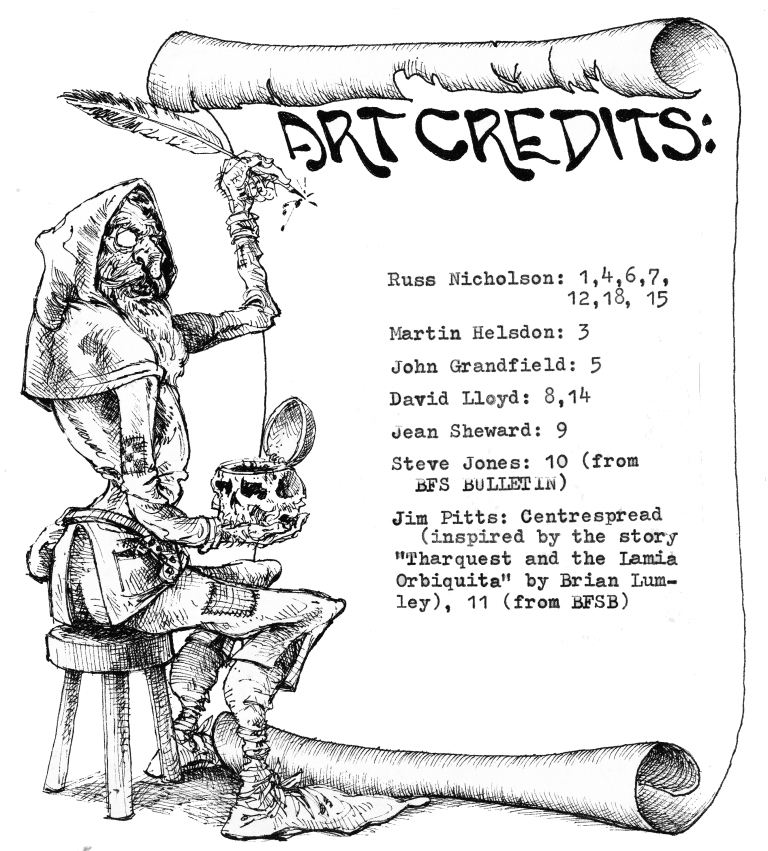 Here [above] we have a 'credits' page for an old copy of a related British Fantasy Society publication, and on the left, a sketch for a disgruntled warrior dwarf. 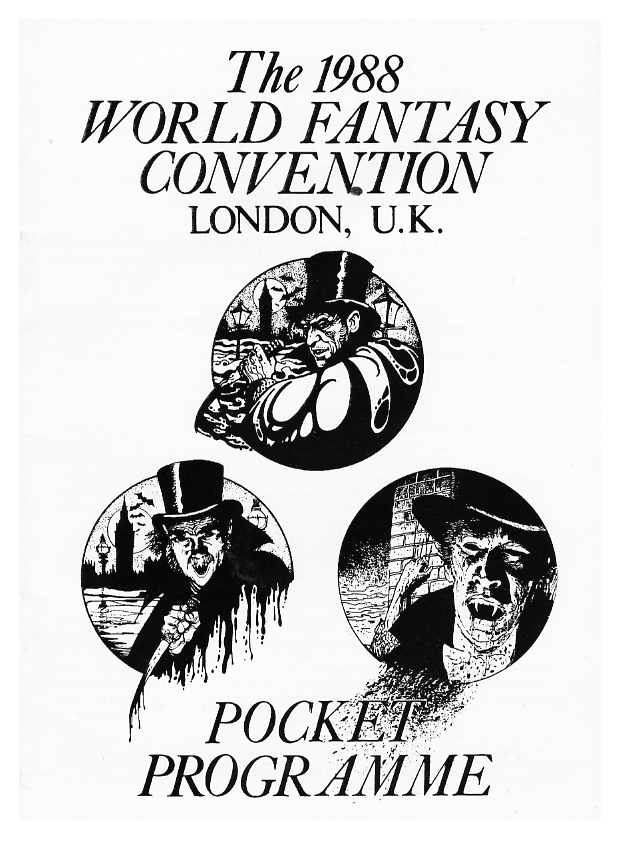 For the 1988 World Fantasy Convention I was asked to create a few spot pieces each linked to the theme of a vampiric Jack the Ripper.


Below is part of a larger picture drawn for Games Workshop where the performance of a play is effected by a gibbering Chaos moon.

More recent work includes the following ... First from a few years ago where we find Wizard Elves fighting back the world of Chaos. 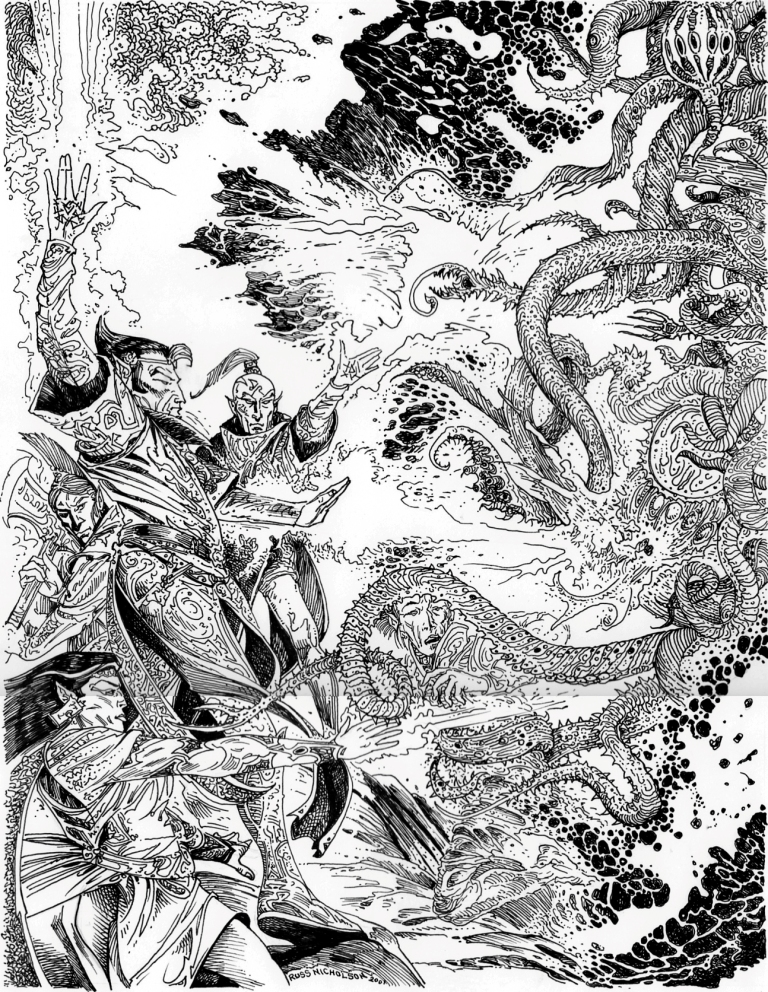 This one [below] shows shows our warriors menaced from the denizens of the forest. 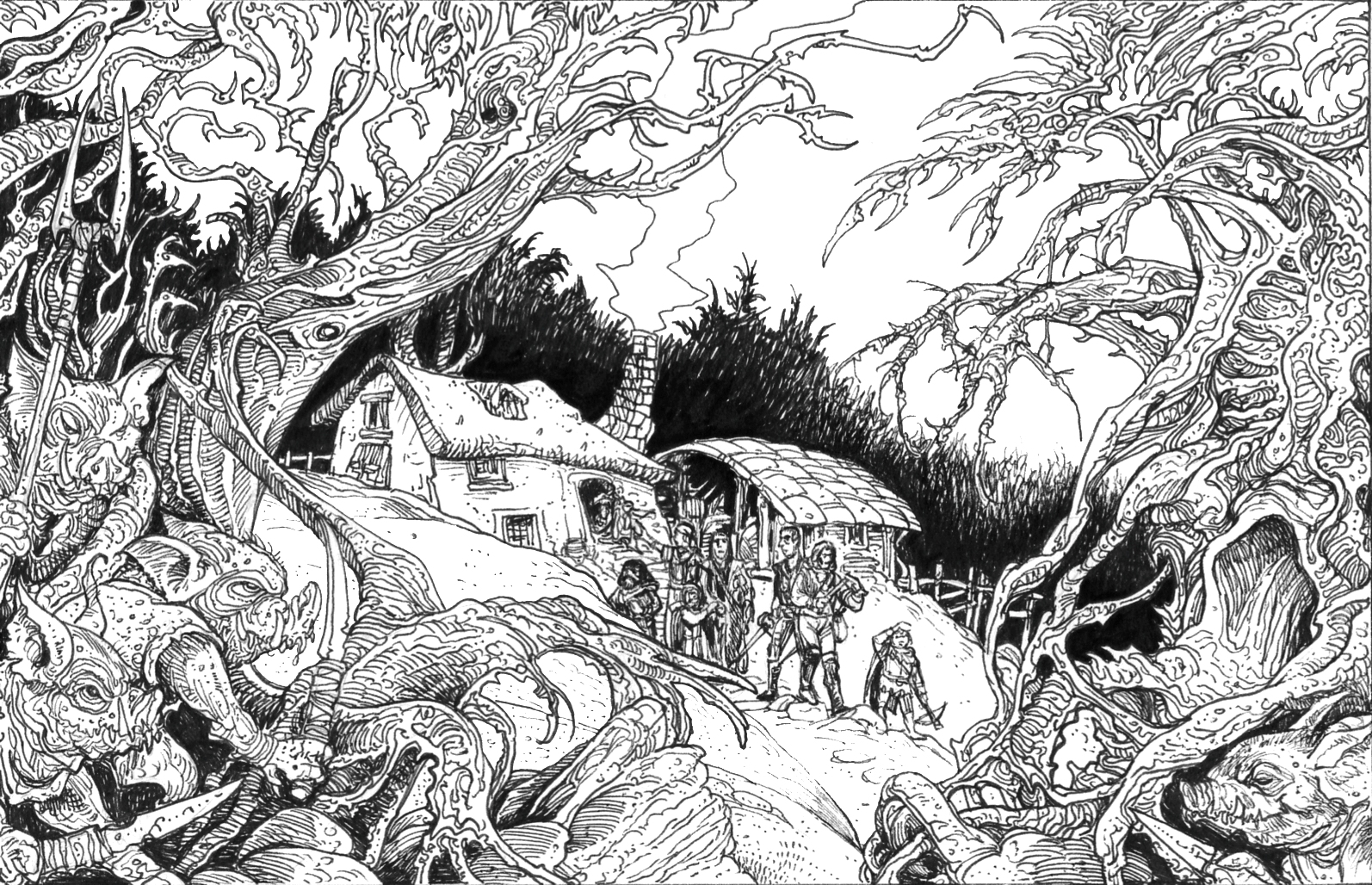 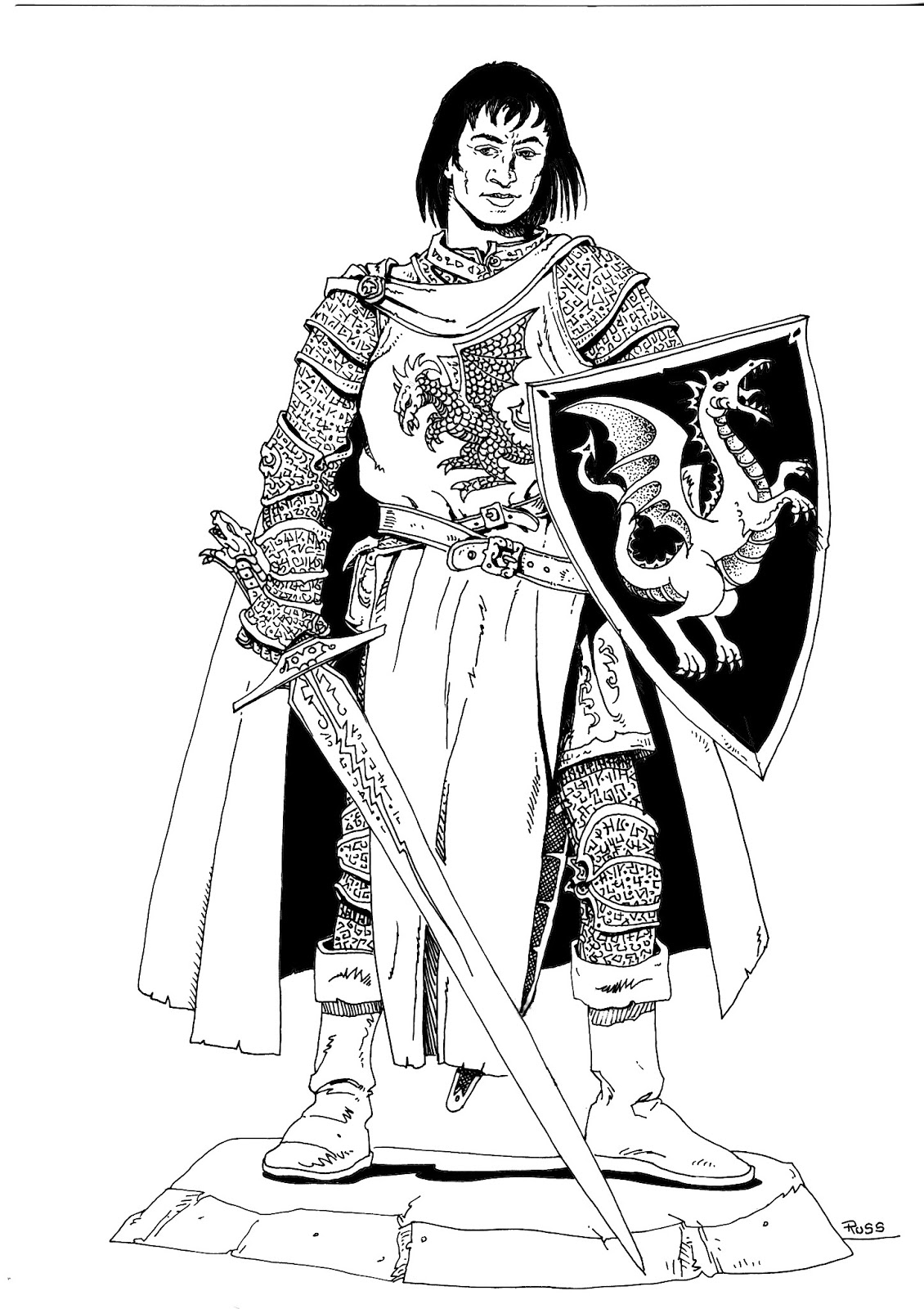 Now for more recent pieces. First a Dragon Warrior, and below a new piece for Défis Fantastiques-Le Jeu de rôle. I could show more but why not buy the book? 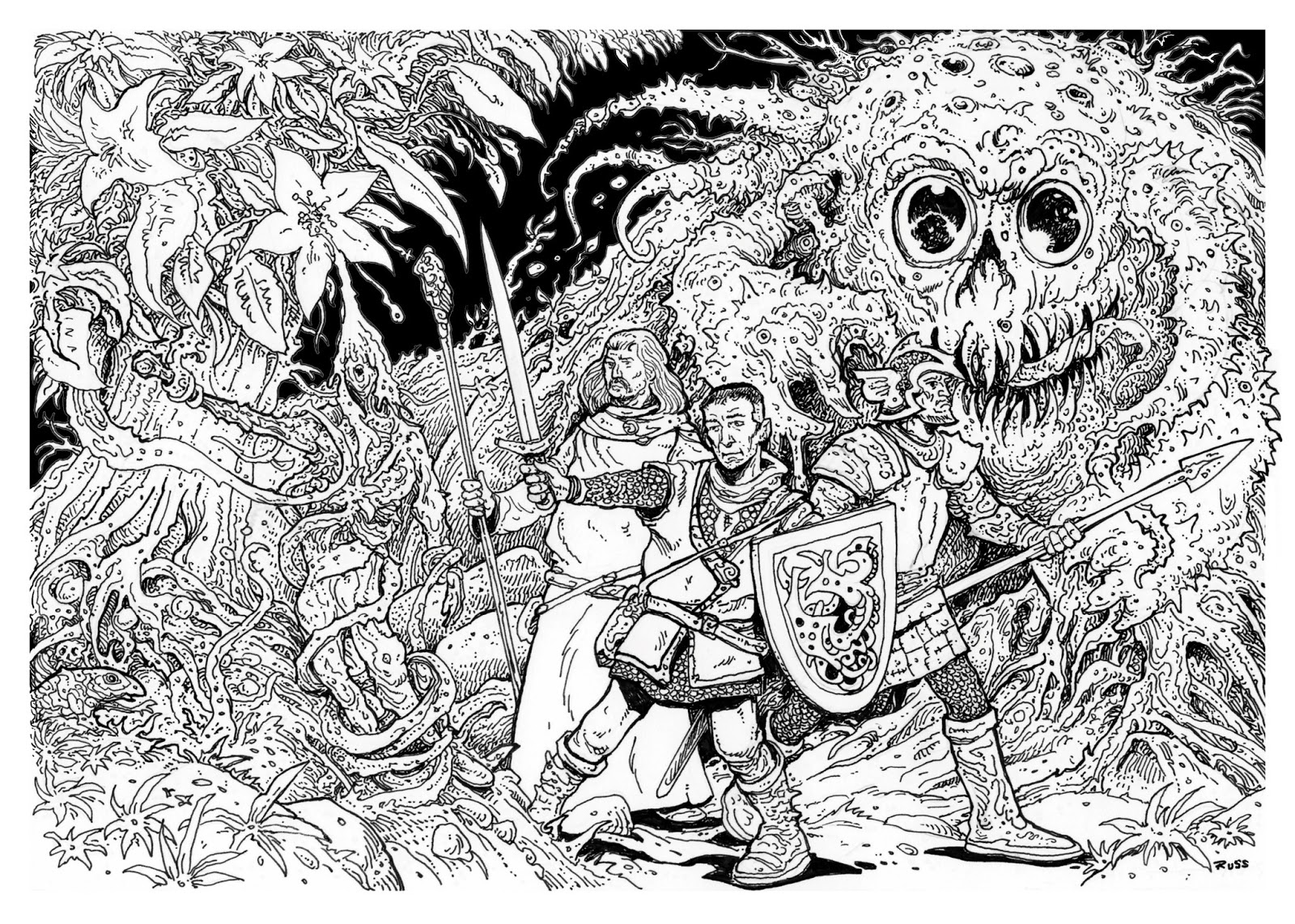 To finish; on the previous posting, Chuck commented how much he liked the map and if I'd show a section of it. So for Chuck, and anyone else who'd like to see that below is a couple of sections. 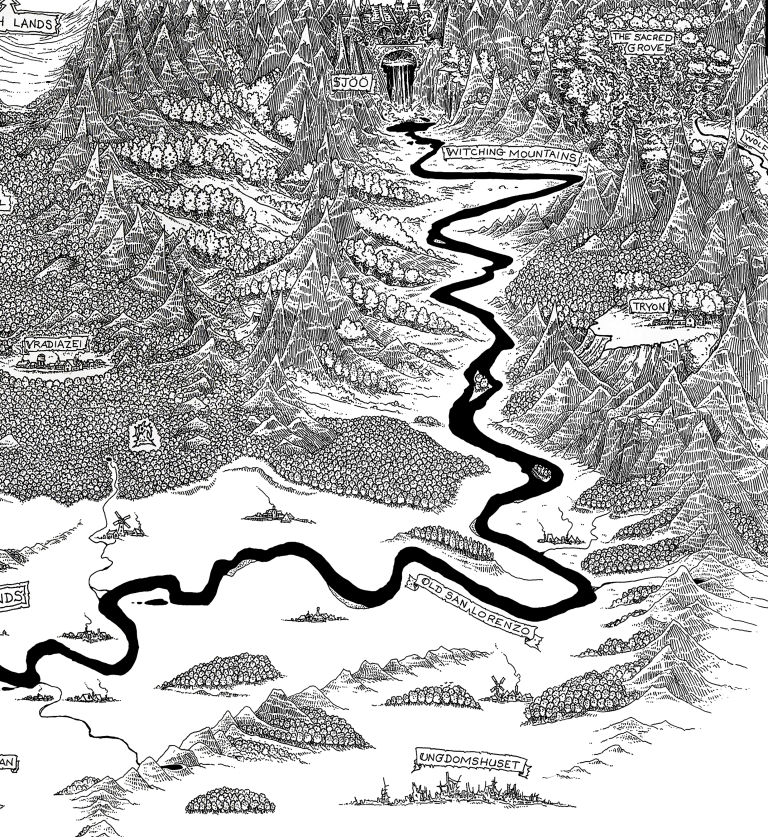 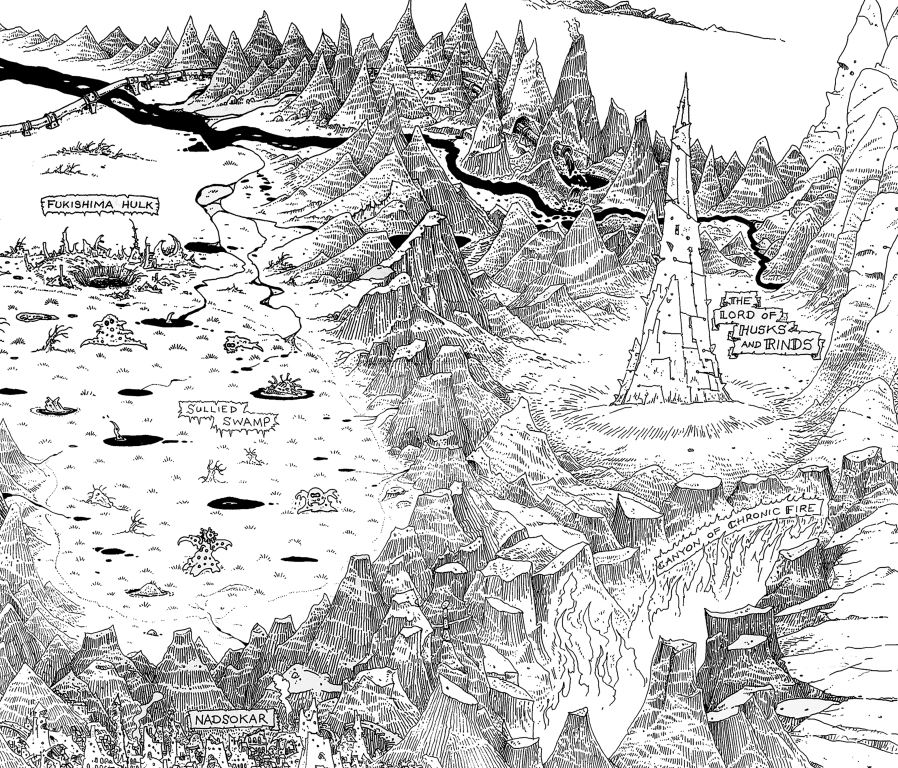