Some new bits and pieces.

First, for arcane reasons that only Google know about, I have tried to answer some more of the comments made about my last blog relating how Ian [Livingstone] and I met but without success ... so here is what I tried to 'say'...

"In regard to the film "Death" I contacted Martin the director, who at present is in Cannes at the festival, who told me it will be sub-titled if it sells well, so fingers crossed in that regard.
Apparently it will be appearing at several Film Festivals around the world .... so do look out for it.As for 'your' comments in regard to Ian and I meeting, I can only say thank you for your kind words, which are sincerely appreciated!"

Now, as promised last post, here are are a few new pieces of work for you to look at.

First, some new work for for Goodman Games.... who has just published his Dungeon Crawl Classics Role Playing Game with some of my previous work. 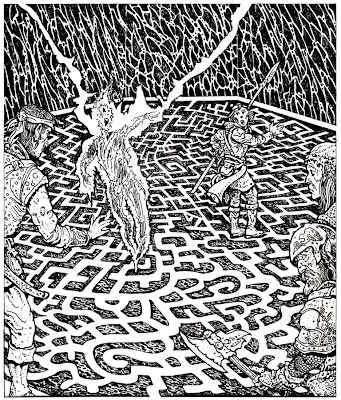 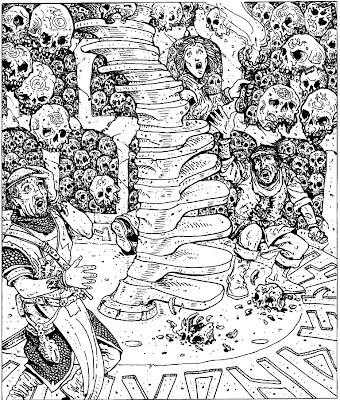 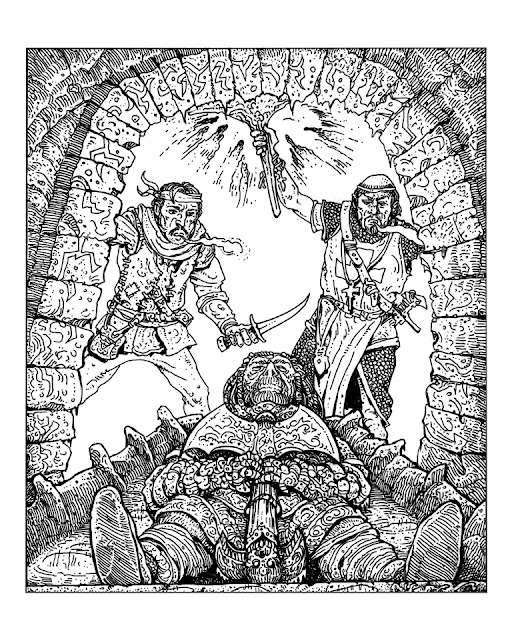 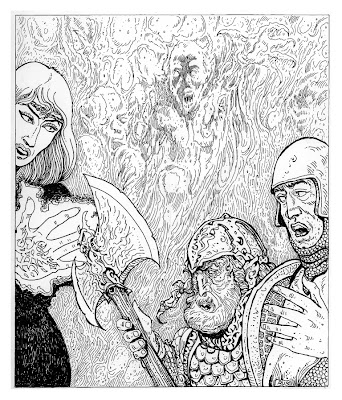 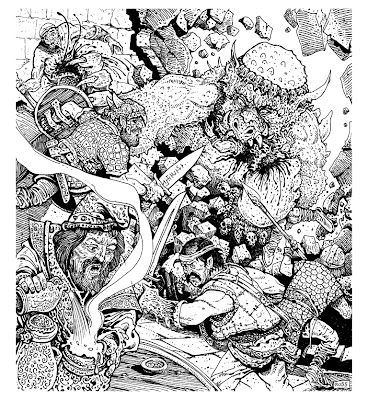 For Kobold Quarterly [Issue 21] Magazine's Spring issue ... here are a couple of pieces. 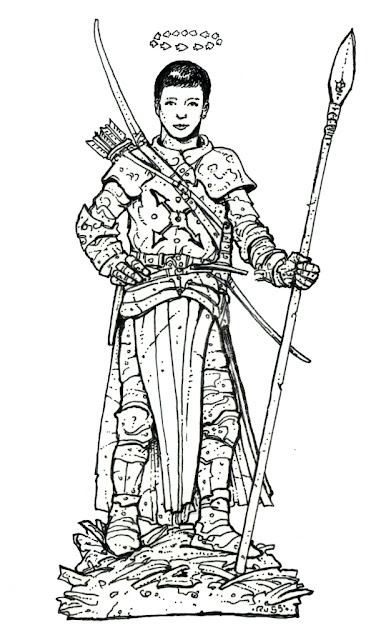 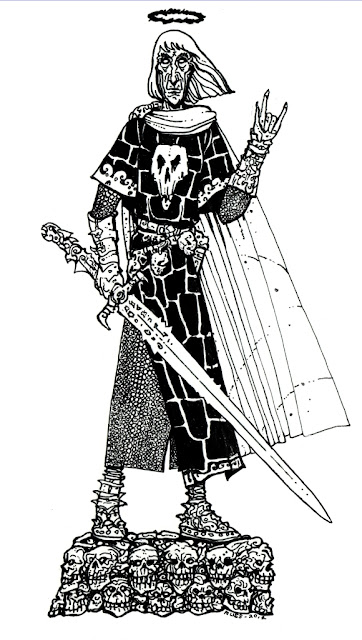 Now here is some work for French Clients, including Le Grimoire ... The first were put into the Le Grimoire shop for sale including a new version of the Warlock of Firetop Mountain and Balthus Dire and some of which have now sold ... 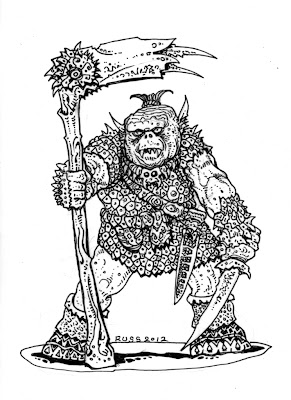 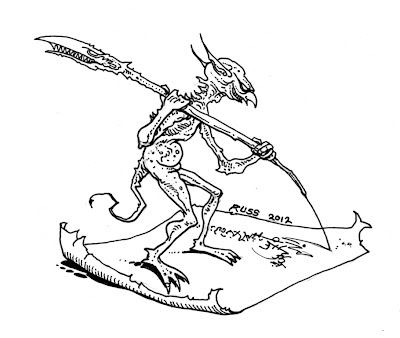 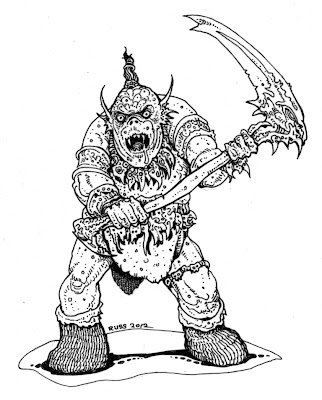 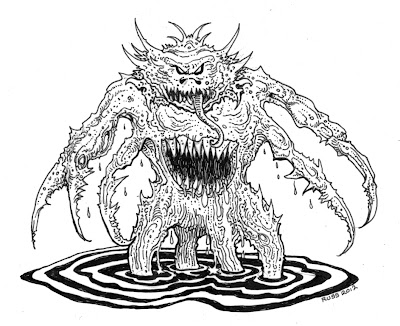 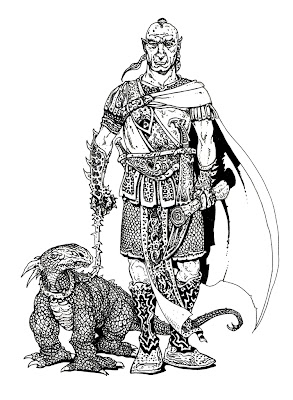 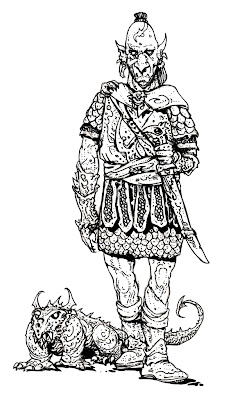 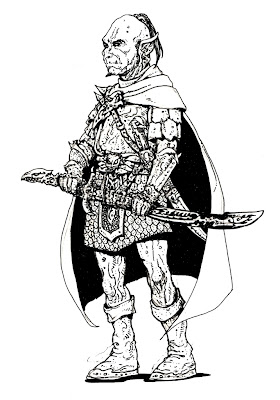 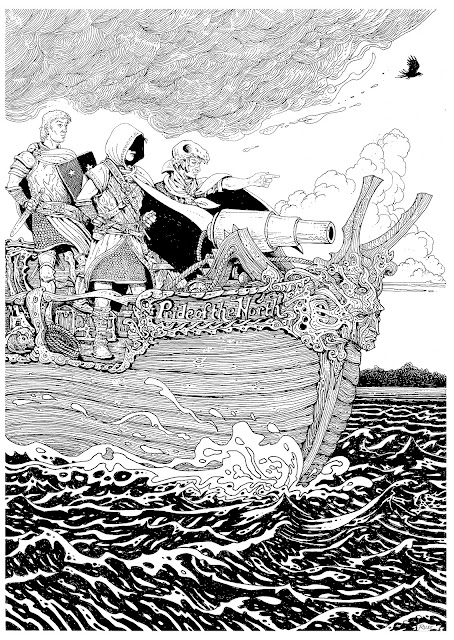 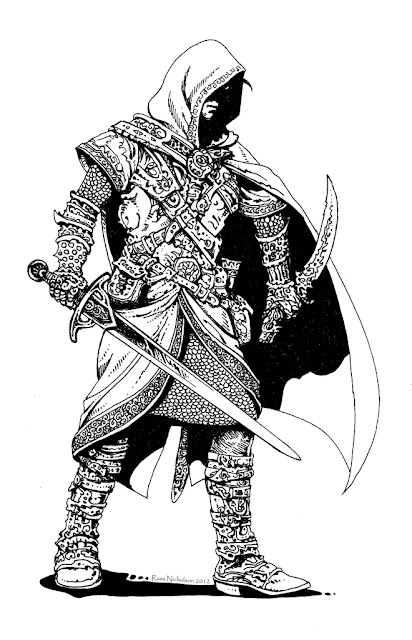 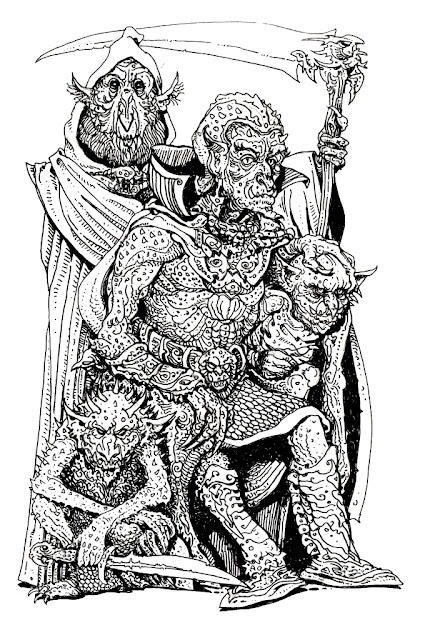 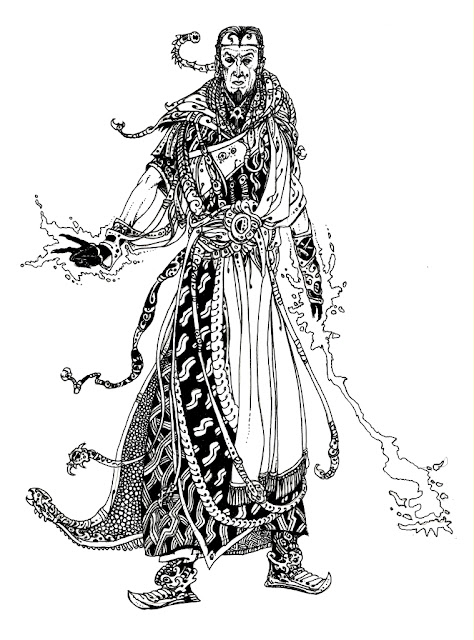 Occasionally clients get the unexpected .... I'll publish a couple more next post, then it's back to the past. I recently found print versions of work I did based on The Hobbit  many years ago and long before Warlock. I had thought al the copies I had left had all been destroyed when I had a roof collapse with accompanying rain flood, which damaged a lot of stuff, including artwork, in a back room. But low and behold ... two survive ...so they too, if I can take a decent photograph, along with an unprinted White Dwarf piece {it is very big] will feature in a future post.
Posted by Russ Nicholson at Sunday, May 20, 2012 4 comments:

Should there have been a roll of drums?

Well, as mentioned last post, went to see the film 'Death' , at BAFTA, a small independent piece by the excellent Martin Gooch who wrote, directed and did all the jobs that nobody else was available for, and we had a good time, both watching the film, which features my work in the titles and in a couple of scenes, and meeting others.

Now this is where I was wondering if there might have been a roll of drums, or at least a crack of thunder [it rained enough] when I introduced myself to that doyen of gaming Ian Livingstone. Who, along with Steve Jackson, created the Fighting Fantasy series and launched a lot of happy people into the world of roll playing gaming certainly in this country.

As it turned out there was no roll of drums, or thunder, but in the ensuing din around we had a nice conversation, in which he voiced his surprise that we'd never spoken to each other face to face. I had intended to start with a quip about, 'Dr. Livingstone I presume',  but in all the turmoil of reaching him through the packed room .... forgot. I also met his lovely wife, and lad, and she very kindly took our photograph, which Ian has passed on and I post below. 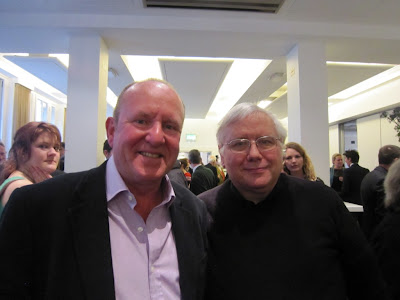 So for all those that wanted to see us together.... there you have it, and who knows maybe we'll work together again in the future.

As mentioned, it was good evening, and day, for caught a 'free' rehearsal of Beethoven's 1812 Overture at the local church of St. James. Most interesting to see how the conductor chose what to emphasis and of course there was the flying baton.... But we're only now recovered from travelling under London, via Piccadilly, would you believe ... Never again on the underground. It's too much walking and climbing for two old dears.

Now I cannot go without posting a couple of other pictures, thanks to the incomparable Andy these come from Blacksand Advanced Fighting Fantasy. 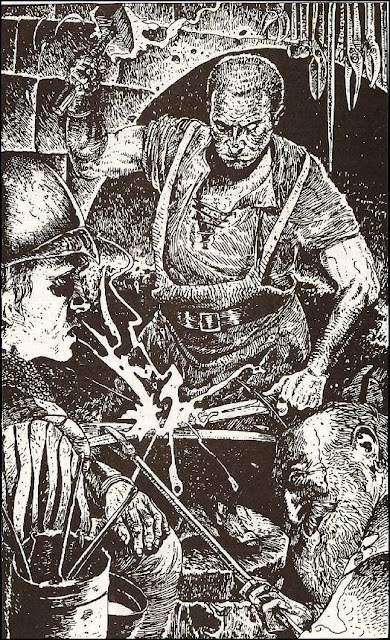 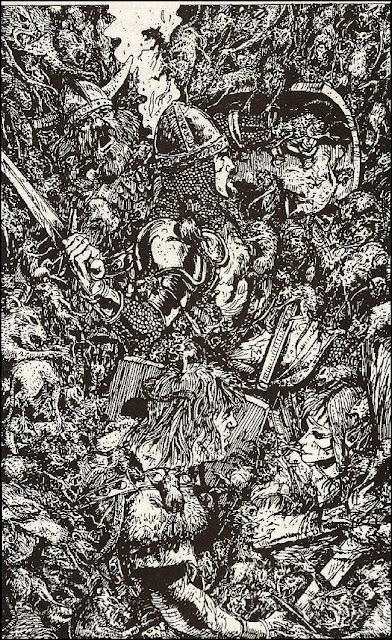 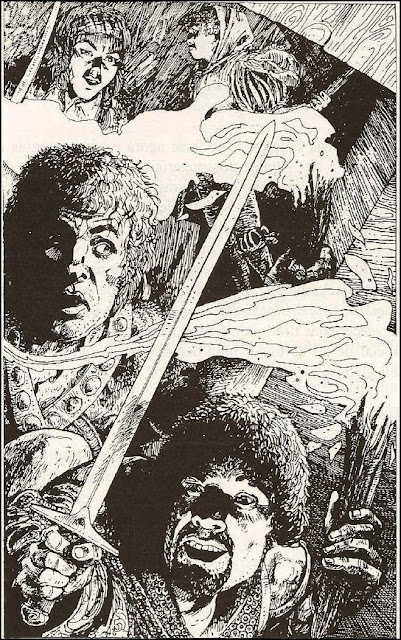 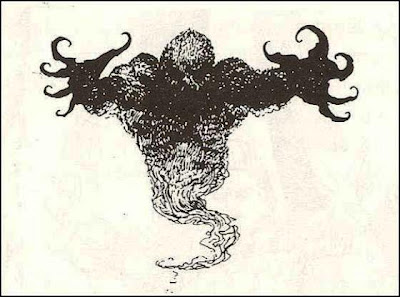 Also a couple of old White Dwarf magazine pieces [ If I've posted these before my apologies]. 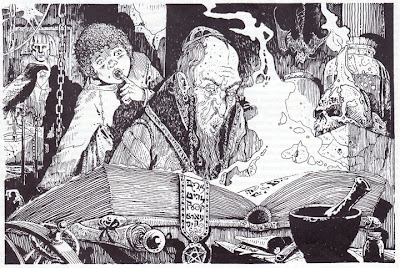 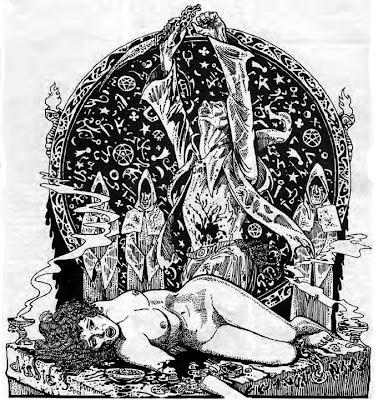 Right that's it for now. Next time, some new work.