Further to my last post, here are a few more 'new' bits in no particular order.

First up the mock-up of a new box game from Association Goupil called Dungeon World, and which features a few bits of my art, and of course, the cover art for the box, nicely designed as part of the up and coming proposed game. 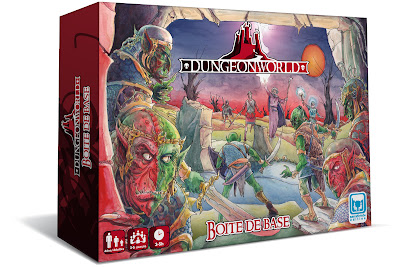 Another couple of black & white samples below. Their are colour characters, but you'll have to buy the game I think ;). 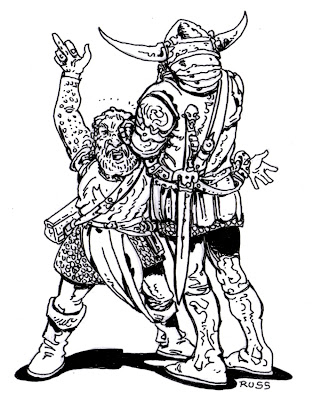 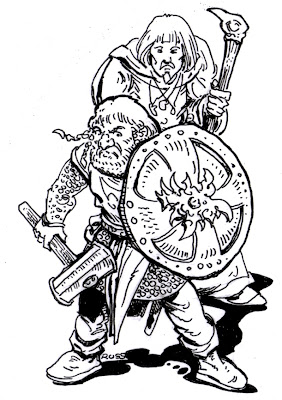 Here is a sample of the original cover art. 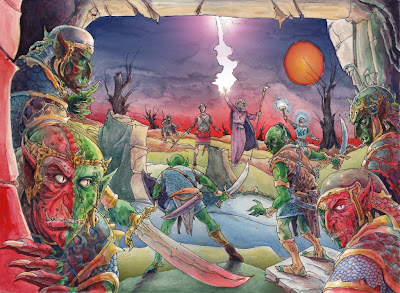 Other commissioned work examples include these below. First 'the rotting ghouls' ..... fun! 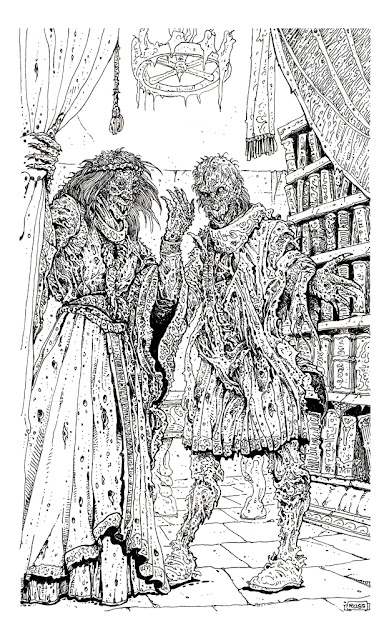 This, and the next, were done for James Maliszewski's Dwimmermount, for which I'm pleased I've been asked to contribute.
http://www.kickstarter.com/projects/autarch/dwimmermount 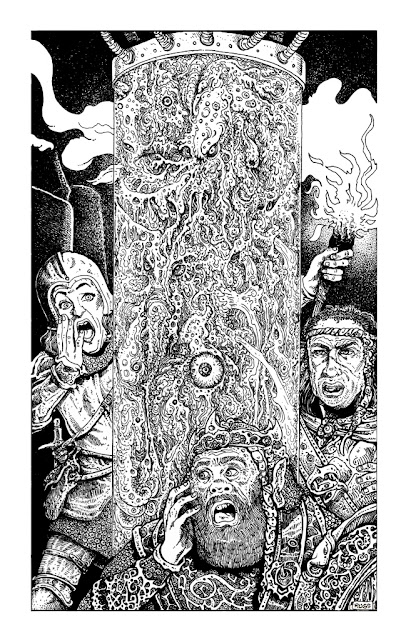 Occasionally I am asked to 'recreate' a favourite example of past work. I've done this a few times, as for example mentioned in the last post, via http://www.legrimoire.net/store/en/15-galerie-des-artistes , and on occasion as an 'extra'. Below are a couple of examples.

Ah! More rotting corpses ..... mmmm! Also, a re- working of an old favourite for a very good client, from the Fiend Folio of the 'Death Knight'.

Lastly, a version of a special commission where I was allowed a lot of time but the work went through a lot of changes [much discarded] till I had something I felt would satisfy the vision I was asked for, and thankfully I was right. 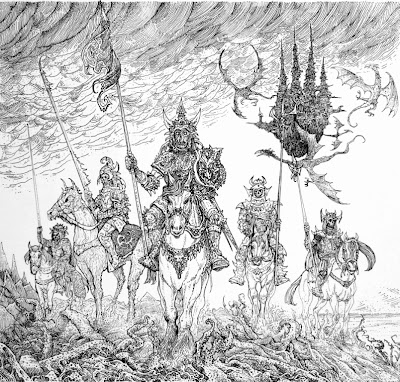 Last, for this post .... a sample of my sketch prior to a proposed drawing, which was then discarded in favour of another idea. 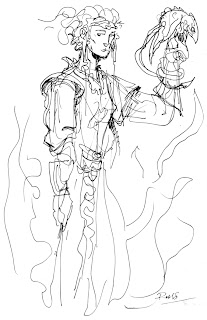 Till the next time, and fingers crossed some 'oldies'. Two so old they creak [grin].