I promised a quick[ish] blog post and here it is, all before the up and coming Trolls and Legends convention in Mons, Belgium where I will be visiting a couple of tables for signings and showing off some original work  as well as, like last time, adding some pieces for display to the artists gallery.

For those interested here is a link for more details.
http://www.trolls-et-legendes.be/index-en.htm

Now onto some old pieces from the 1970's in no particular order [organised as I am].
The first is a 'sketch' [it was done on tracing paper with a felt pen in 1974, according to the date]. 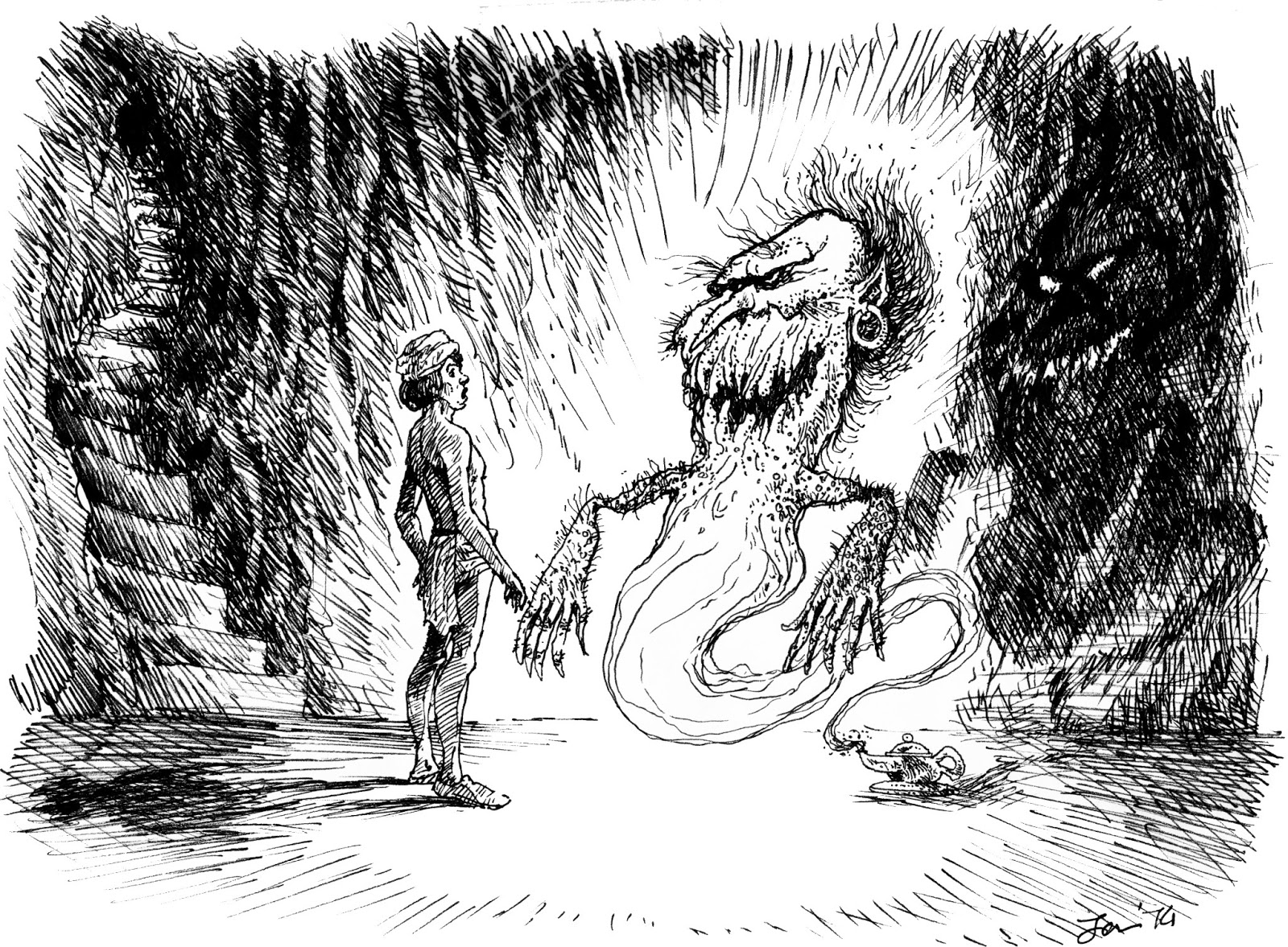 You'll guess the subject if you think about it [grin].

Next comes an interior illustration, which like the next two, has a Science Fiction theme.
Sorry about the quality but I only have a faded photocopy to show. 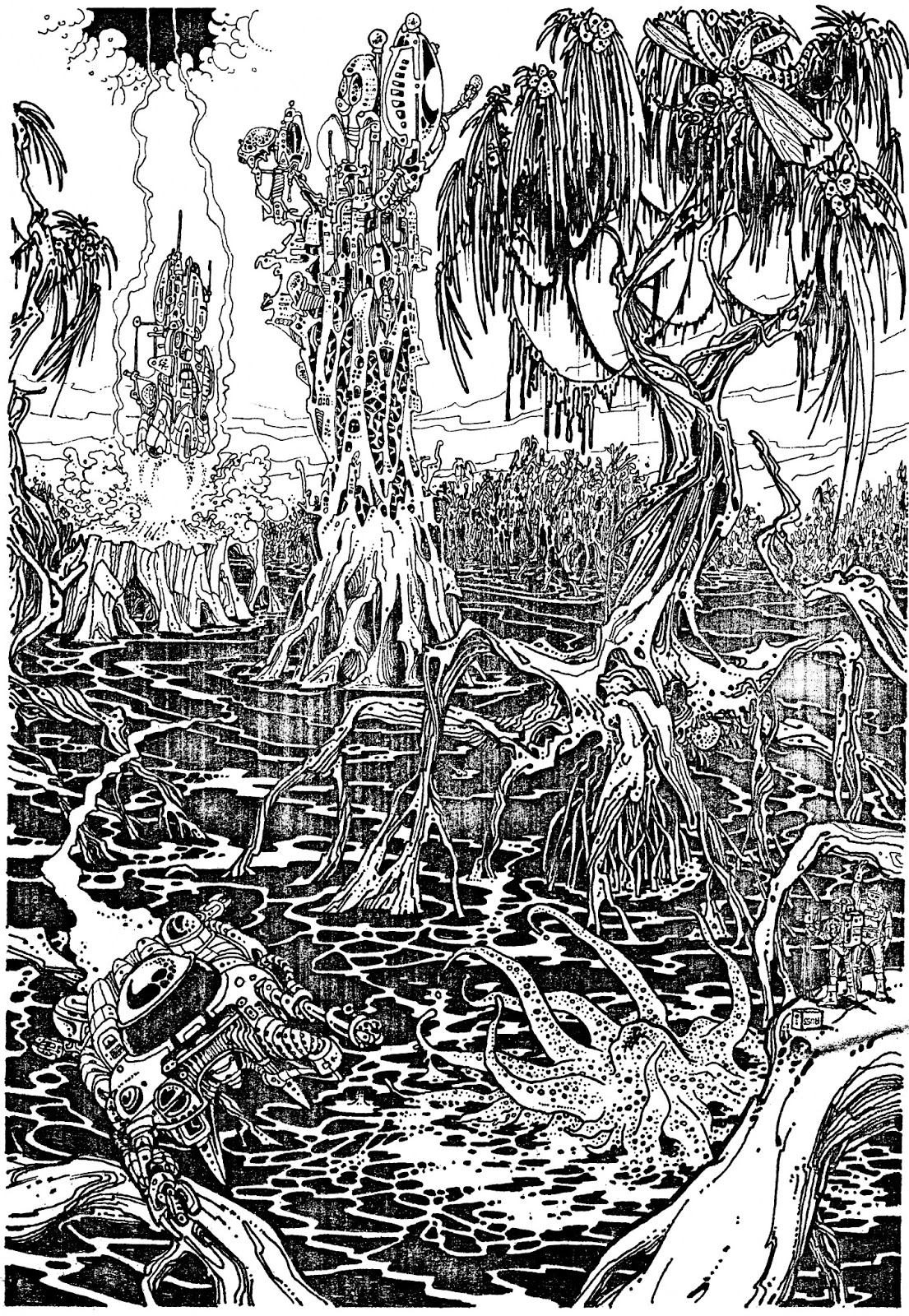 Below is a slightly cropped copy of the original art for a Graphic/Comic fanzine called 'Graphic Sense'.
It shows one of my robot designs of that period. 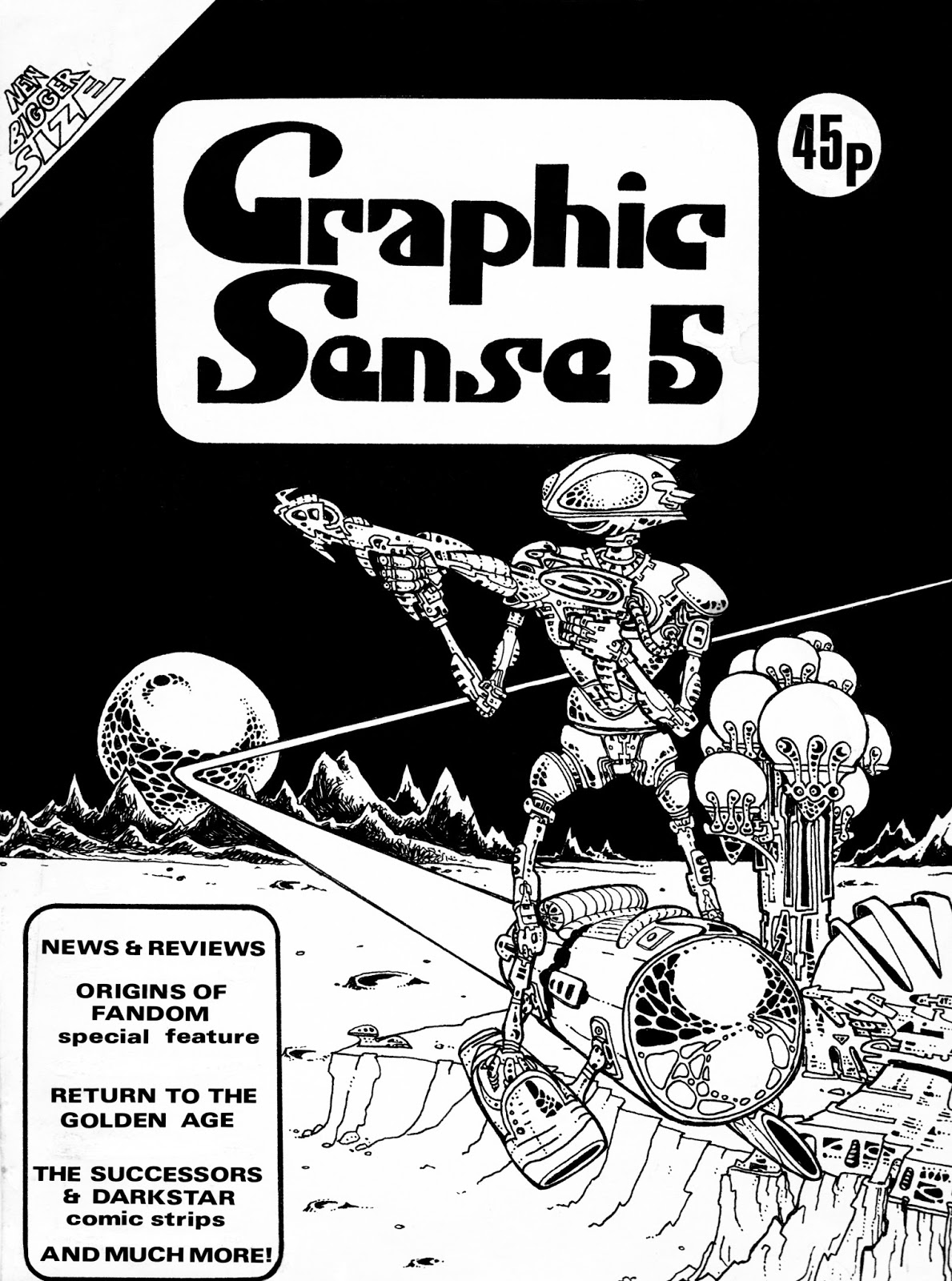 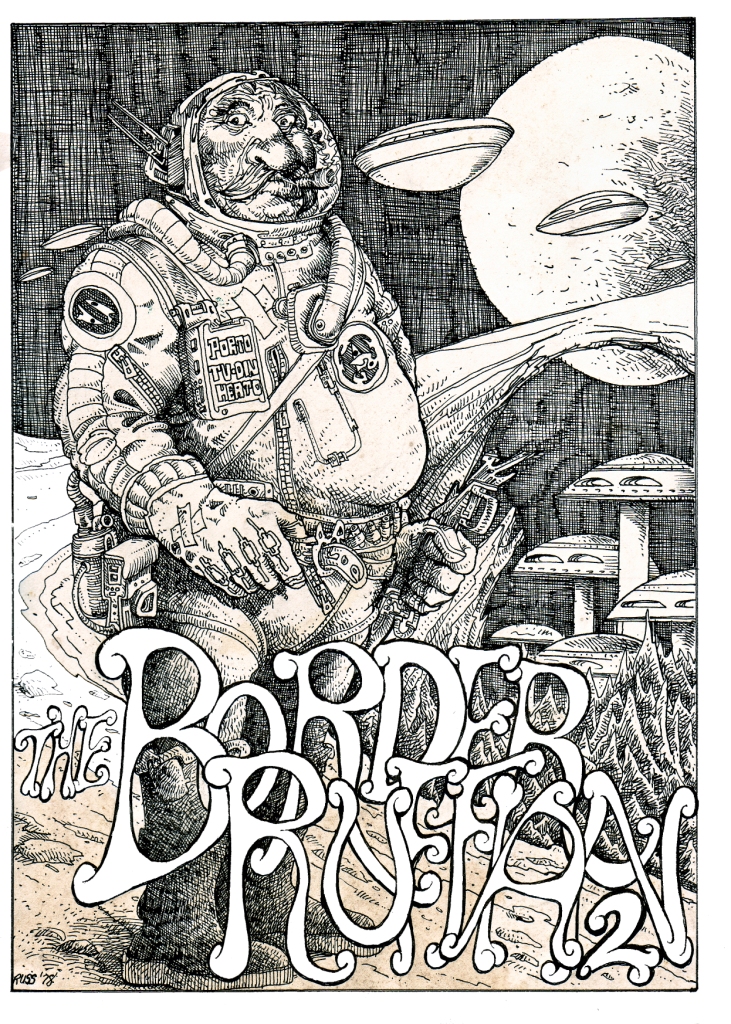 Above is the cover for a fanzine called 'Border Ruffian', which is dated 1978.

Finally, for this post from the 70's [or early 80's] is a more comic version of 'The knight and the dragon'. From what and why? No idea, but maybe somebody can help out like before. 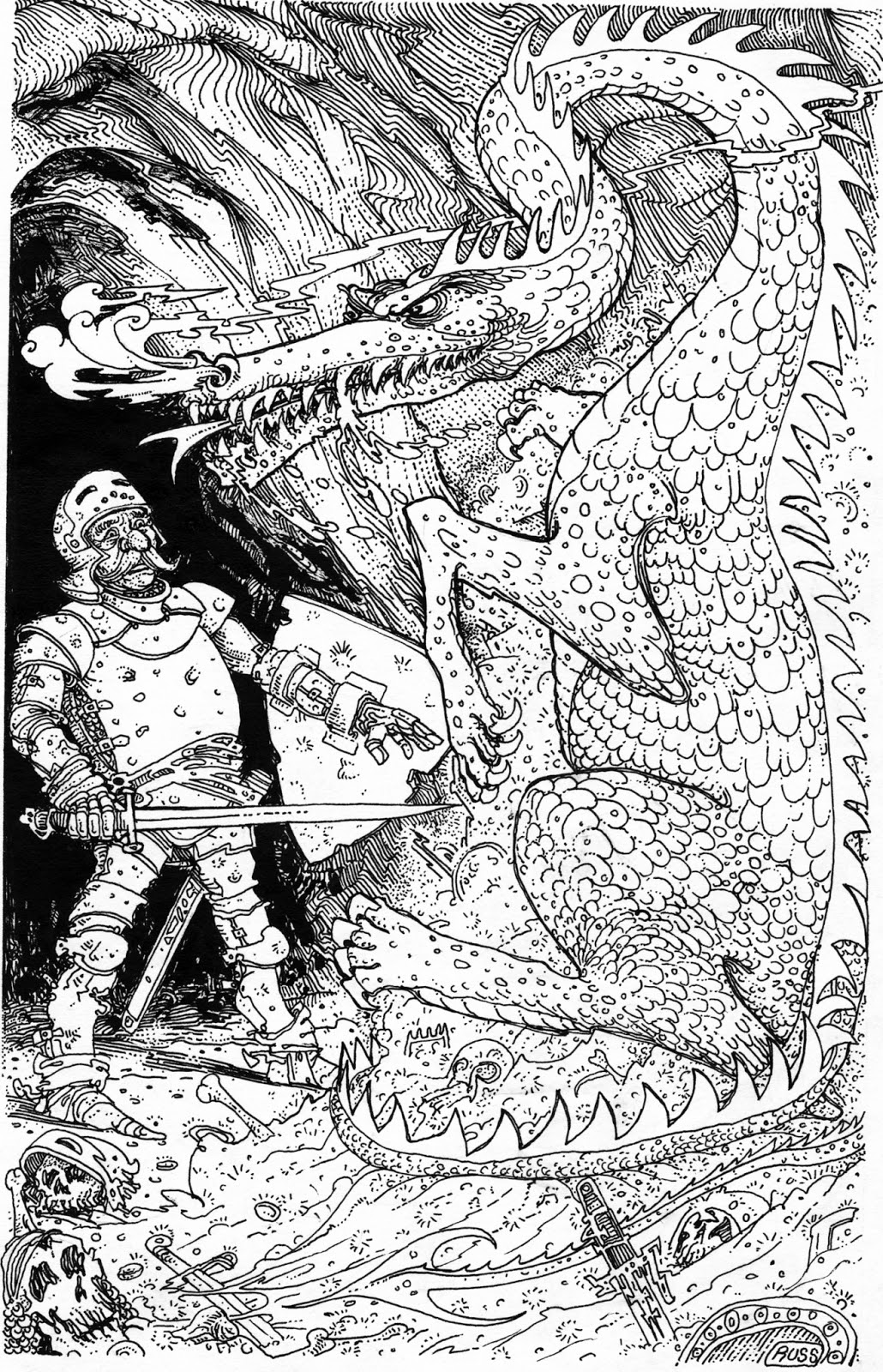 Before we leave [cough] the 1970's, {Heavens, I'm beginning to sound like an old film travelogue [grin]} and mentioning ebay I will remark that Anduril 6, from August 1976, is available there [again]. Personally I doubt the inclusion of original art, but what do I know?  For those interested [or not] here is the cover [again] ... 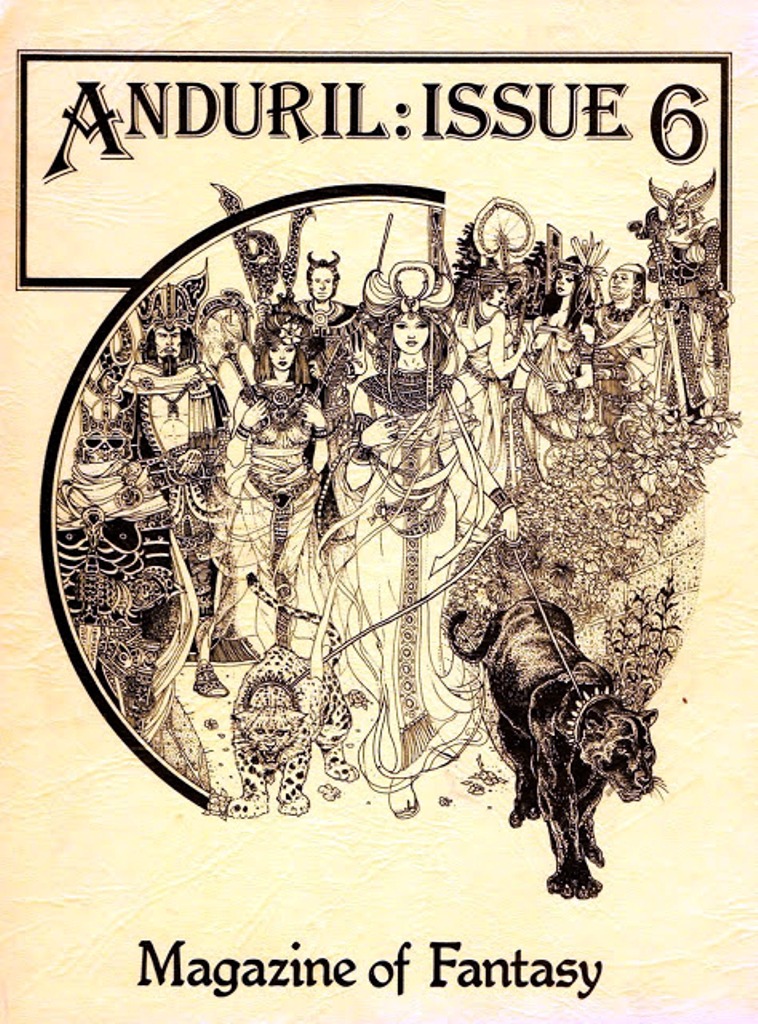 and of course, the art was shown in an earlier post. What I do know is the original art is not available, mainly because it's lost or misplaced [read stolen].

Now I did promise a fan on Facebook another Games Workshop Space Marine picture and here it is. 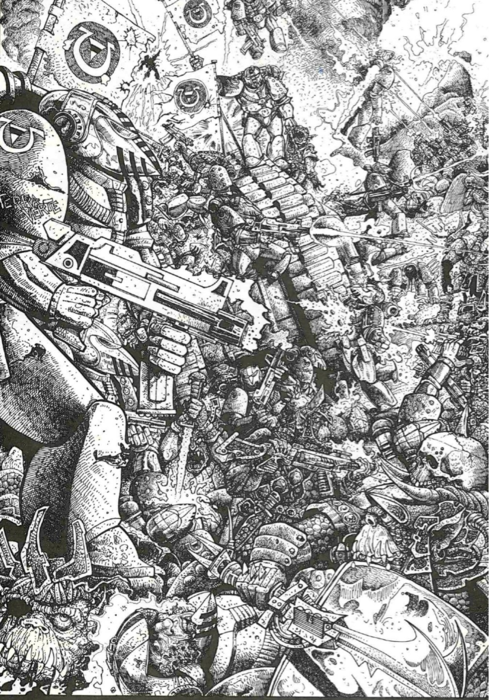 Next, a picture I forgot [sigh] to add on the last post

The French version of  'Heroes of Magnamund' has been proposed by Le Grimoire which will included new work by a variety of artists and maybe some work by myself. If your French is good and you've an interest check out http://legrimoire.net/ and the kickstarter version ...
http://fr.ulule.com/loup-solitaire/

Lastly, and in connection with Blackbird Raum and their latest album, False Weavers, sold by the the Silver Sprockets Cycle Club [link below] is there up and coming T-shirts.
http://silversprocket.gostorego.com/blackbirdraum.html?limit=all

The first is the design for Blackbird Raum. 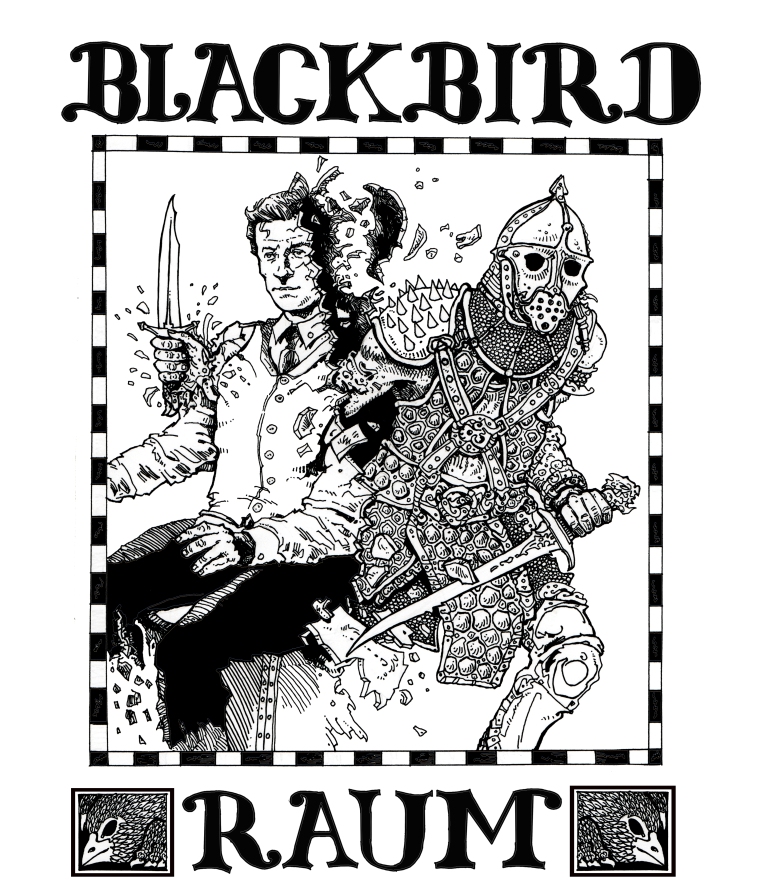 Next the design for the record company. 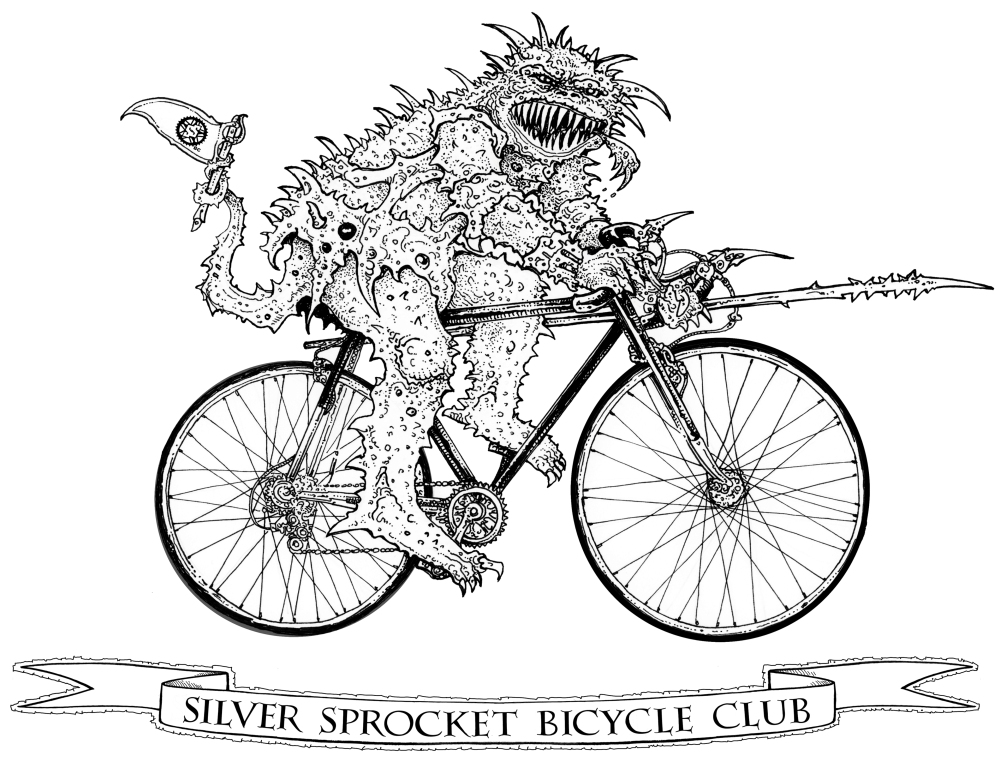 So that is it for the present. Next will be a complete set of the illustrations for one of Dave Morris's books.