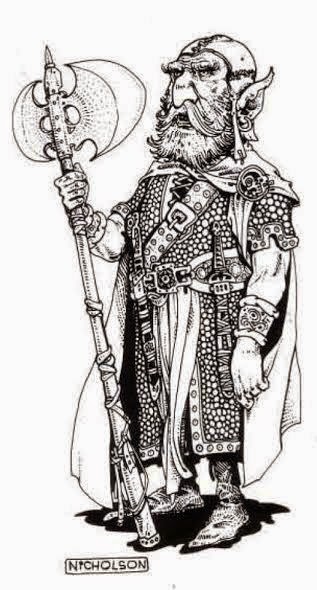 Their was I thinking my last post was a bit 'late' and then I realise as I prepare this to do another post I am now even later this time around; it's certainly a bit longer between the posts, but then I suppose as nobody asked when I was doing another that's when things get left to the side and so time passes.

Then again, why should any people, especially those of you who are kind enough to follow my blogs, ask? This has happened before of course so should I consider that an excuse? Which makes me consider my reasons ... I can open a vault of typical excuses but in the end the fault is totally mine. A combination of being tired and busy elsewhere, but mainly tired. Many blogger's find writing a pleasurable experience but I don't; I thrive, if that's the right word, on feedback and when, like last time there wasn't any I then wonder why, including it's all the sites fault, or my fault for organising it poorly. But then, I suspect most who follow, and many who come to peek, want to look at art pieces really, and in truth, that is a pleasure for me on its own.

OK, blethering over, let's consider some pictures. I have three directions [posts] to consider and will start with some stuff related to the Sunday in London recounting my take, long overdue, of the Fighting Fantasy Festival organised by Jonathan Green in part to launch his book 'You are the Hero'.

Most of the pictures you'll see were taken and collected by others, so those who were there, or who have followed the event on Facebook or Twitter, will have seen many, if not all, that I will add here. 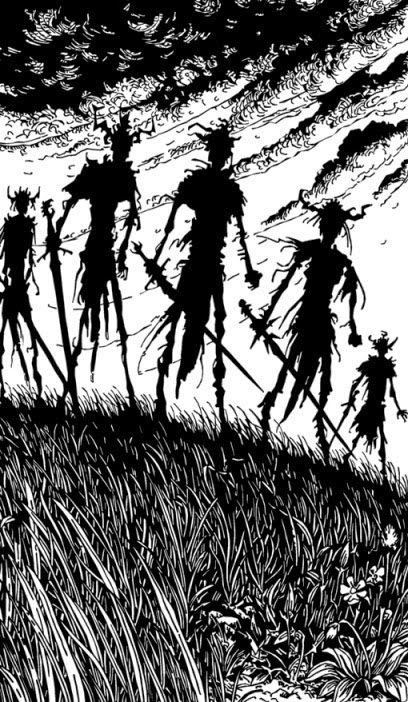 Why none of my own you may think? Very simple, I forgot to bring my camera and I do not have that modern piece of kit - a camera phone. In fact I was as organised that day, after about 2 hours sleep, that I'd not only not brought my camera [my ancient little pocket one]. I'd not brought water, food, or very much money, and when thinking myself late I took a taxi from the station and left me with not a lot on the day. For, boy did I underestimate the cost especially as the driver did not use the 'knowledge' but a sat nav device that circled around where the hotel destination was from what I could see. We set of from west London to arrive via east London. In short, it was truly fortunate I remembered to bring some work to show really.


Note the fixed grin ... and that was before the event started [grin]. It's a real problem, unless caught unaware apparently, I just cannot give a real 'smile' for a camera.
In fact, before I go any further recounting my misadventures, I want to give a special thanks to two friends. Paul [Gresty] for minding my work when I was at a talk and for feeding me when, being so busy signing, I realised I hadn't eaten for hours, which being diabetic is stupid. Did I mention I was tired? 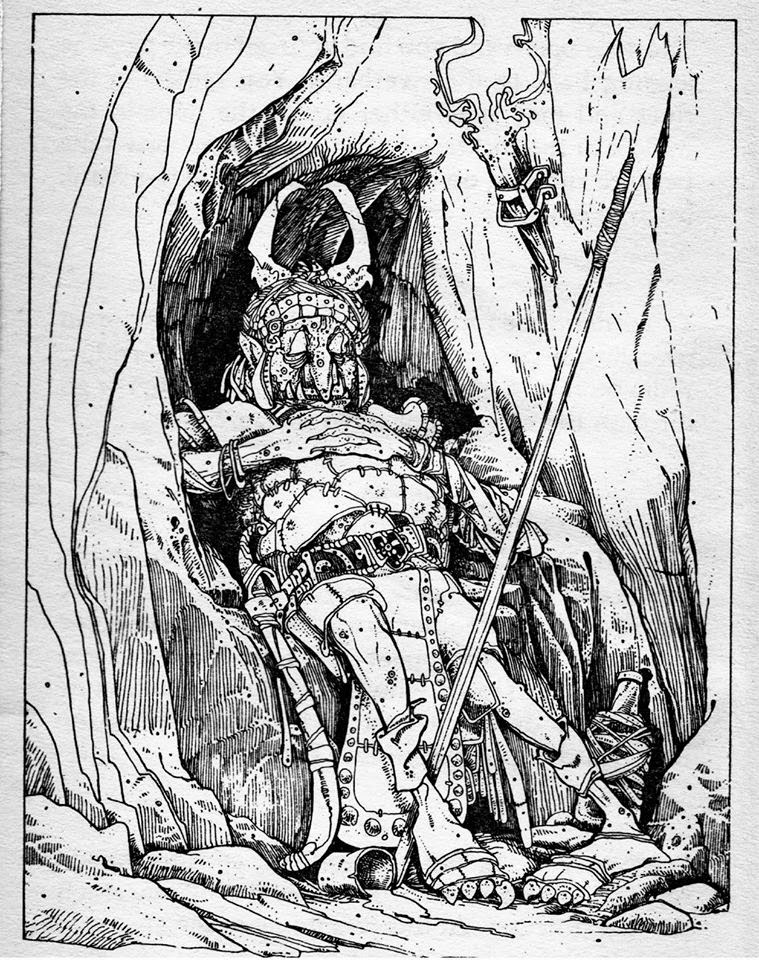 This also applies to Martin [Gooch] who, as the event was coming to an end, on hearing me moan about transportation problems, stepped in and generously helped me out with solving my problem. So they both stand even more high in my estimation for their generous acts in helping me out, especially in each case when I suspect I was about to 'lose' it. and go off and gibber in a corner. I'm a fragile soul really [sigh].
Paul also generously at the end of the event made a point of travelling with me so I could catch my train home and I still owe him a pint. I think he might have been concerned about my state of mind, though he said nothing, he's that kind of guy. Simply, I owe both Paul and Martin a real debt of gratitude. But in fact during the day there were many others who were both helpful and friendly, not least the organiser himself Jonathan Green, and many whom I never got the chance of really chatting too. This especially was the case with the other artists when wanting to talk 'shop' who were guests such as Malcolm Barter, and Leo Hartas here both seen chatting to others.

Oh we all said hello and made small talk, but we didn't get the opportunity to sit and chat. Pity, but I suppose to be expected, especially when the event lasted about six hours. 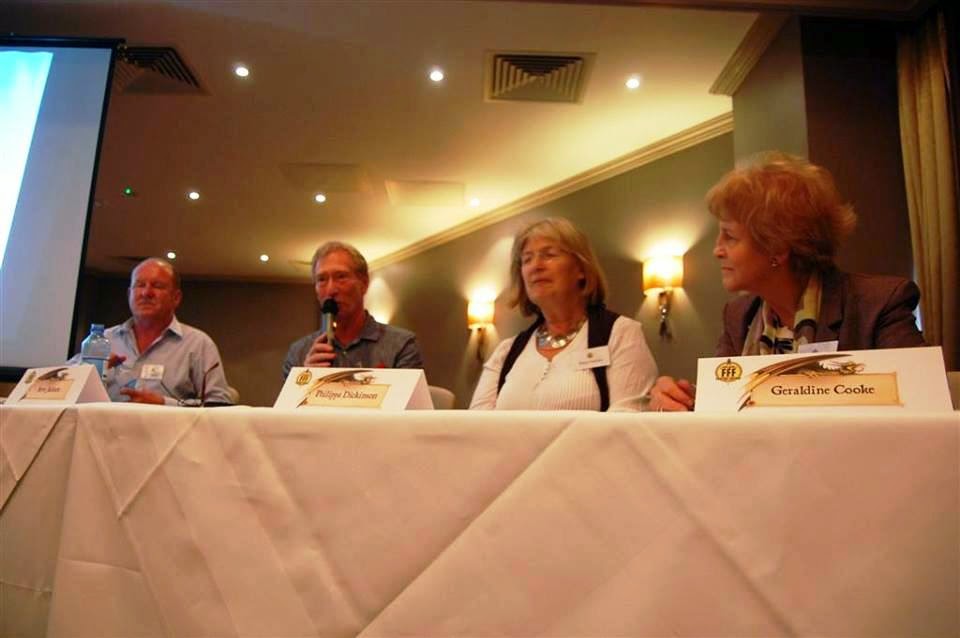 The first panel talk involved Ian, Steve and the two original Puffin editors and I was so involved I missed it. Later there was one I was involved in and though I wasn't asked any real questions it was nicely presented by Jonathan and everybody contributed to the talk. 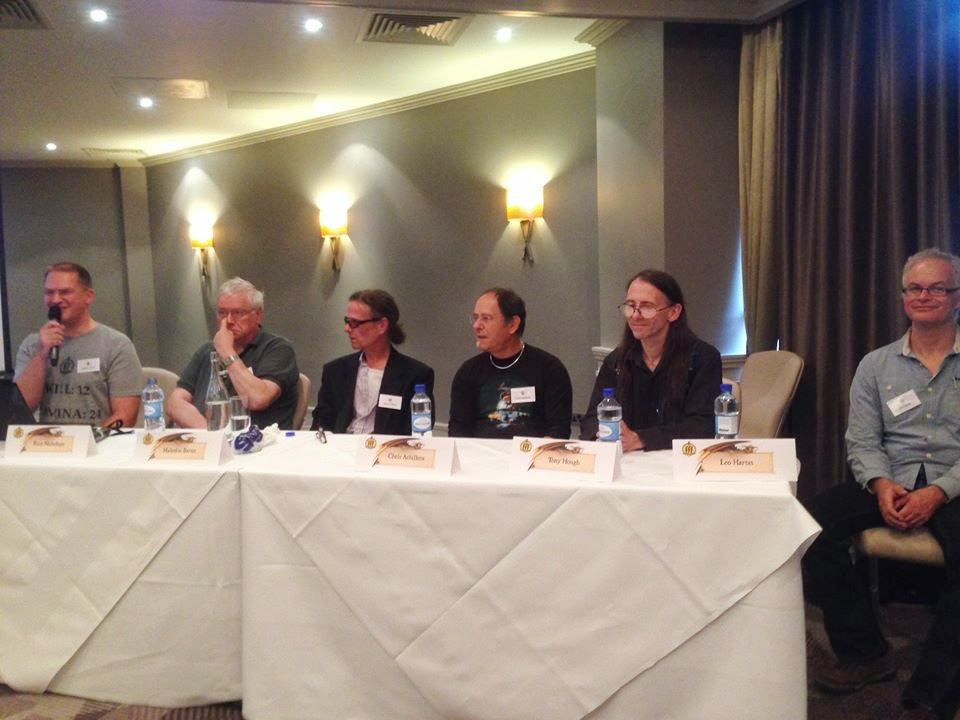 It's always alarming to face a packed room of even friendly faces, and to being the first to open the artist intros after Jonathan's presentation; as you'll note, I had to adjust my face to ensure it was still there. Sleep deprivation can do that. 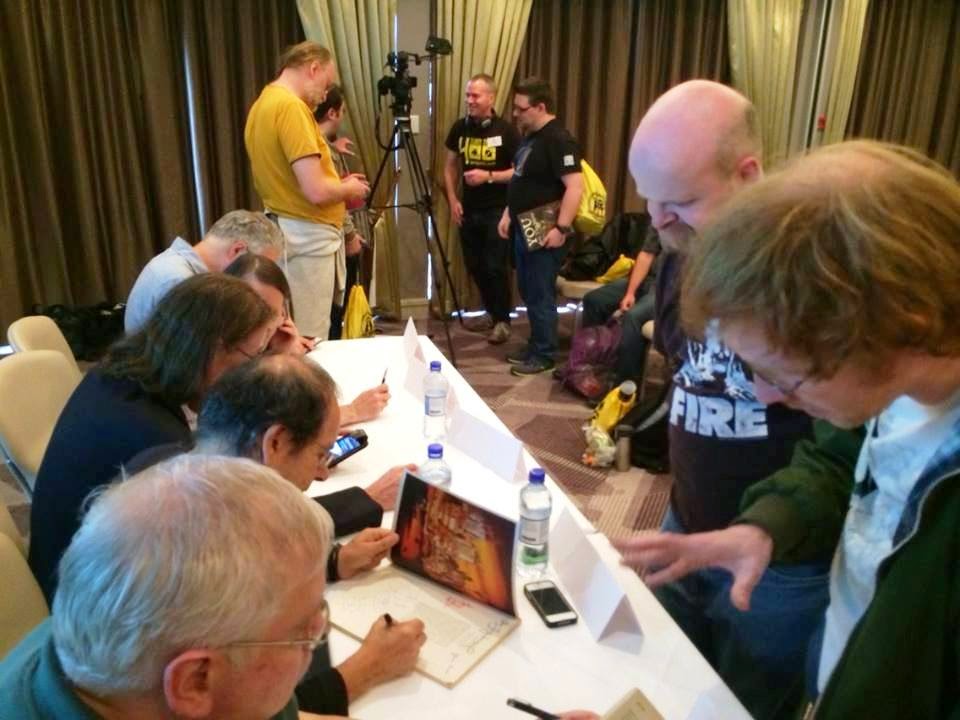 A lot of the time was spent signing, both individually and as part of the 'group' at one point it became a bit of an assembly line. As an other artist remarked, as we looked at the queue winding into the hall, ''they keep on coming!''. 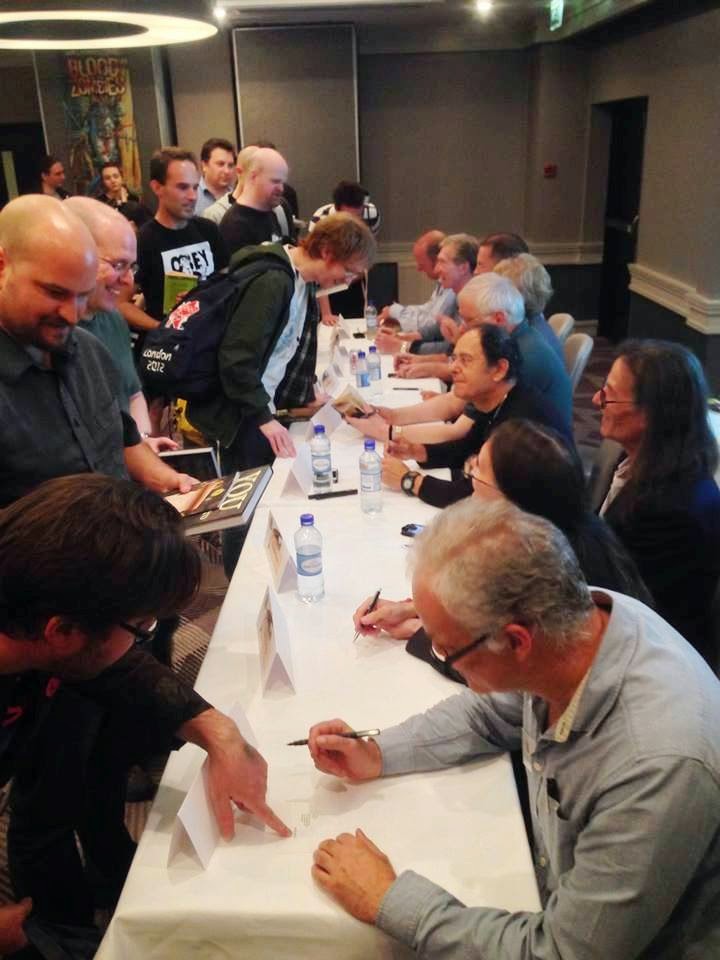 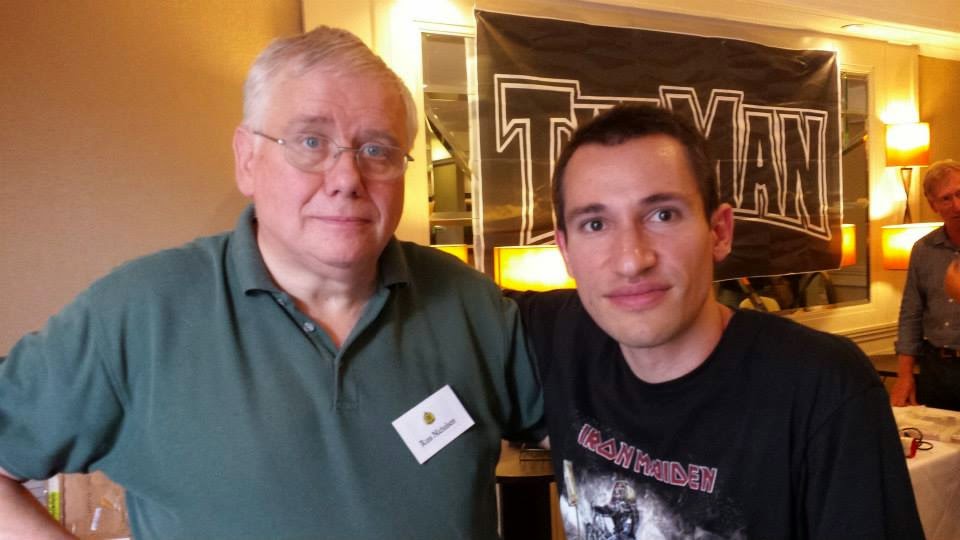 So the day was drawing to an end, and I at last had the opportunity to wander around to see some of the other stalls. I think the guy behind me feels as perky as I do by then [laugh]. 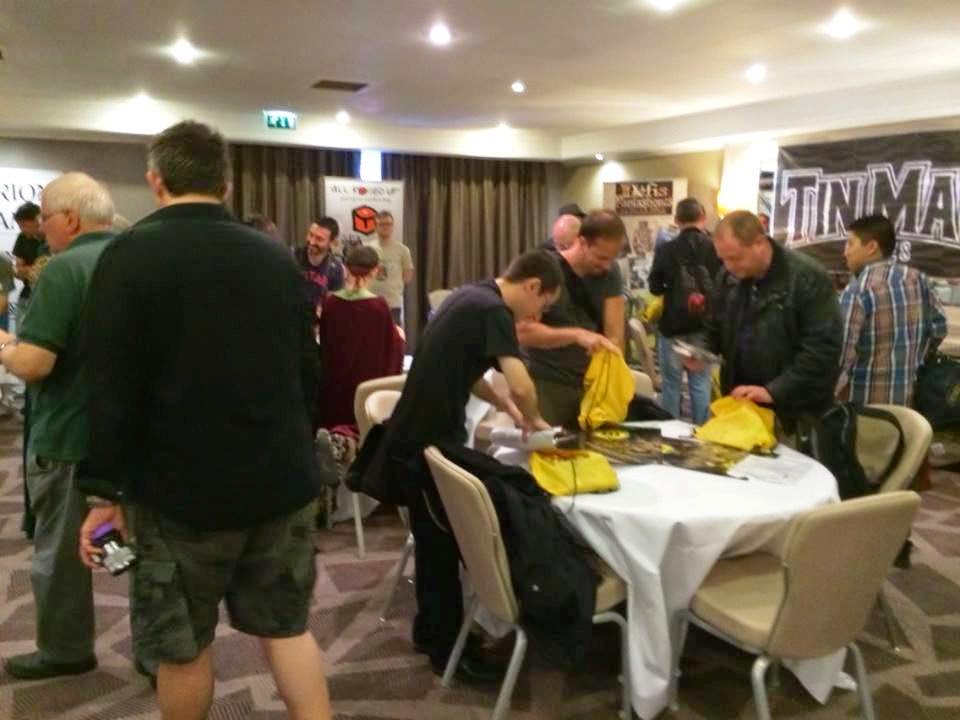 Thus the day of the first [?] Fighting Fantasy Festival ended. A, nice, if tiring day. Nice too to put faces to names, and to people I've not met with; to long to list here. Nice, also to be a guest at my first British Convention. 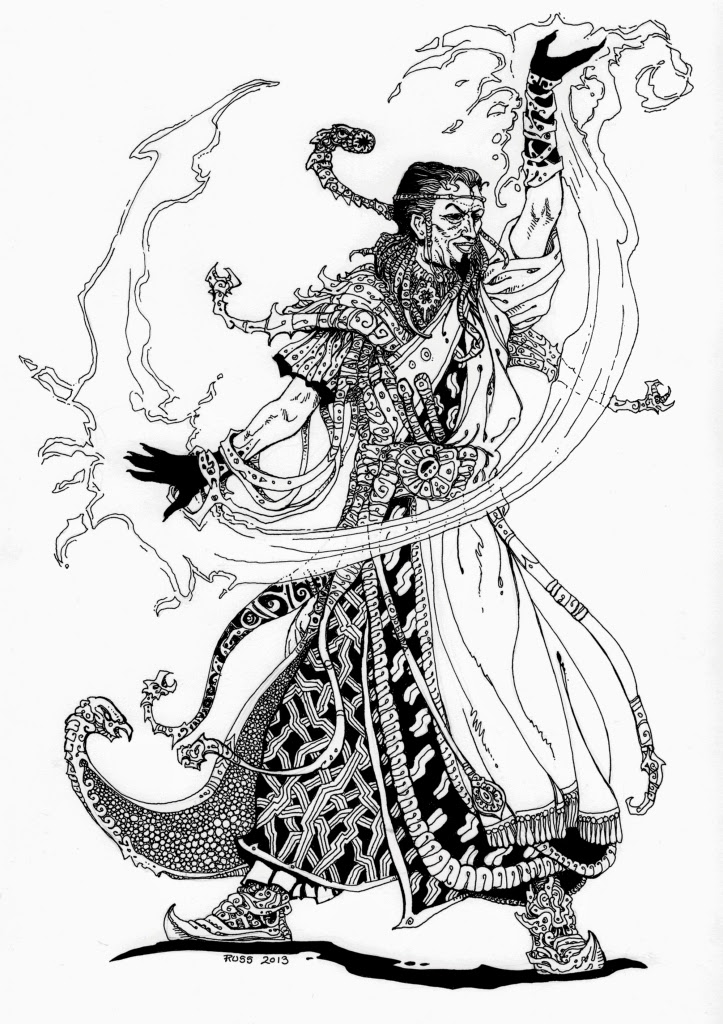 The Zagor created for the Festival, I think it also appeared in the book but I never got the chance to see. Pity the original was damaged a little but not enough to effect reproduction thank heavens.

To conclude, a small peak at a sketch for an up and coming project. 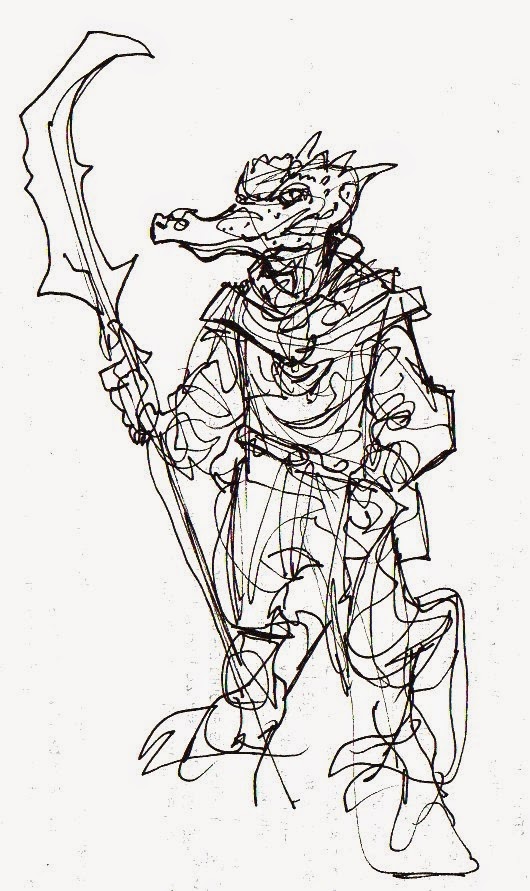 Oh, and I must admit as nothing is really new I'm not expecting feedback this time. Contrary bastard aren't I. [he, he],

Next time. a primarily picture post related to The Fiend Folio.