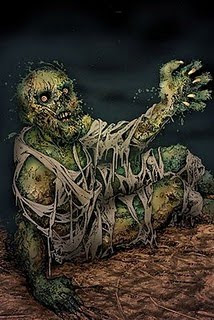 The 'link' to an iPhone version of 'The Warlock of Firetop Mountain' as mentioned in last post, makes me mention a 'new' iPad and iPhone version of the the first book in 'The Fabled Lands Series' - 'The War Torn Kingdom' produced by Megara Entertainment in France.

My Maps and some of my original illustrations have been converted into colour by other artists and the results are certainly unique as you'll see from those I've posted below.

First the new title [opening page] for 'The Fabled Lands' - 'The War Torn KIngdom' created by Megara Entertainment and its artists. 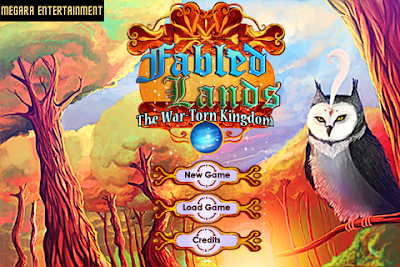 next my version of the Maps now coloured and with borders added by others. 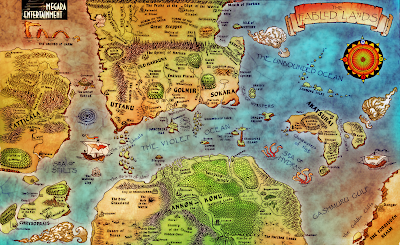 Here are some of the original pictures that have been recoloured. First 'places'. 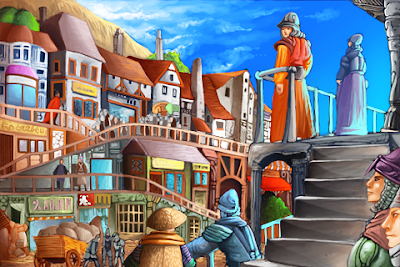 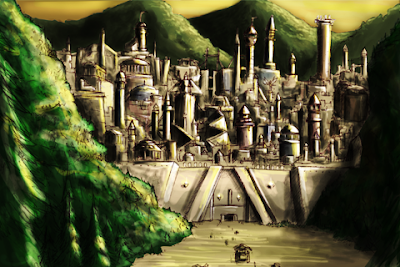 I especially like what has been done with this one [above].  Now for 'character' scenes. 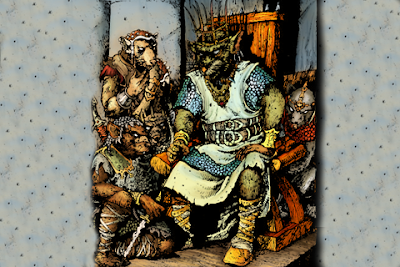 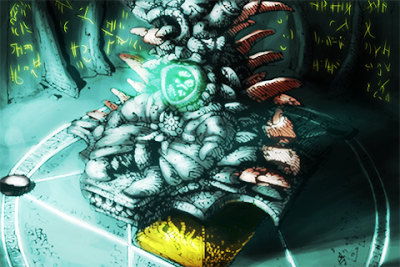 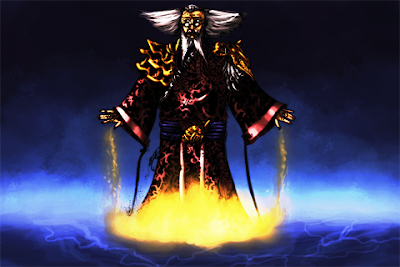 Of course Megara Entertainment's artist's have created, for this new version of Dave Morris and Jamie Thomson' s epic game, artwork of their own.

Below are a few examples [the rights belong to Megara Entertainment and cannot be copied without permission]. 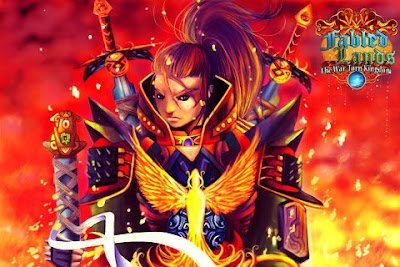 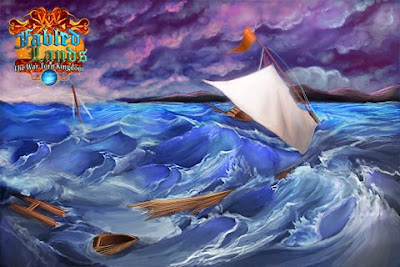 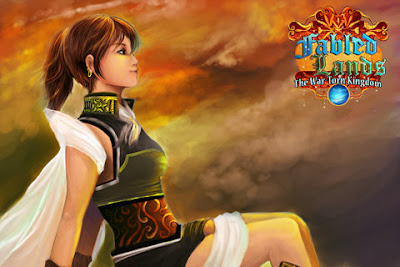 This version iPad and iPhone version of 'The War Torn Kingdom' is due for release around Christmas [I believe] from Megara Entertainment.
If you can afford, or have, one of those beasties then do check it out. I sadly cannot - now altogether as the violins reach a crescendo in the distance - 'AH, shame!' .

Right to finish, a couple of related pieces from other books in the series. Dave and Jamie gave me a free hand with the illustrations which were usually more vignettes than large works, but this format allowed me to 'show' panel views, coinage, and so on. As Dave put it, if memory serves 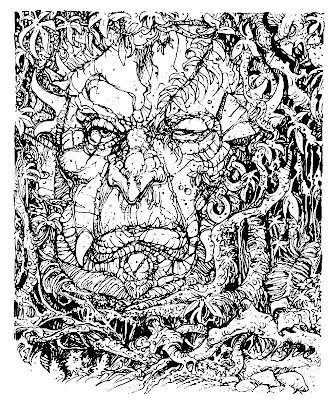 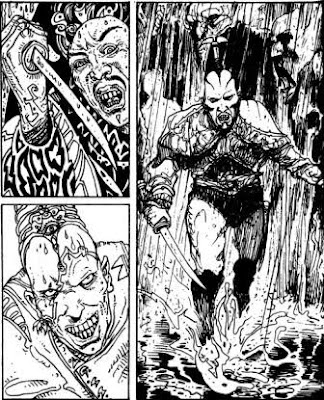 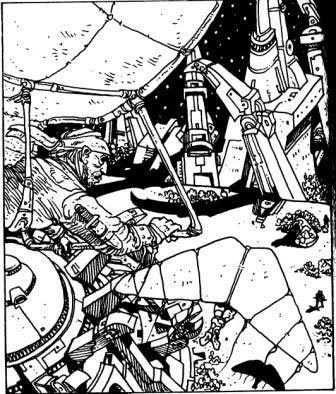 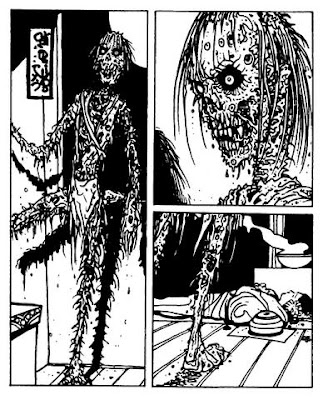 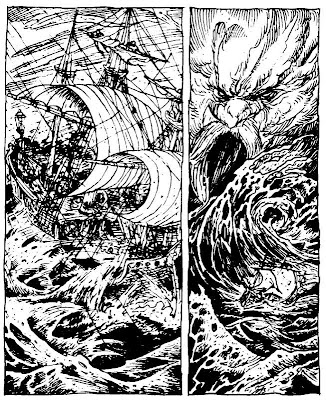 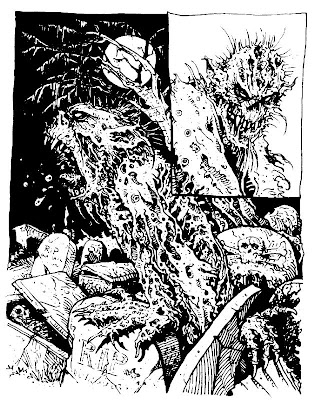 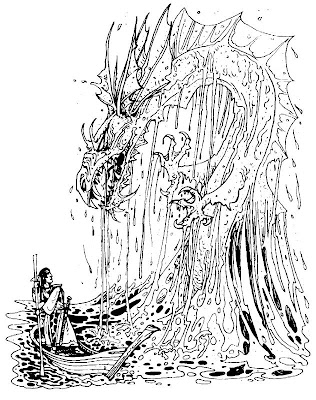 so that's about it for now.

PS - With Dave's nice comment [that he added below] still ringing in my ears - I add one more picture. The original B&W of 'the shops of Conflass'.